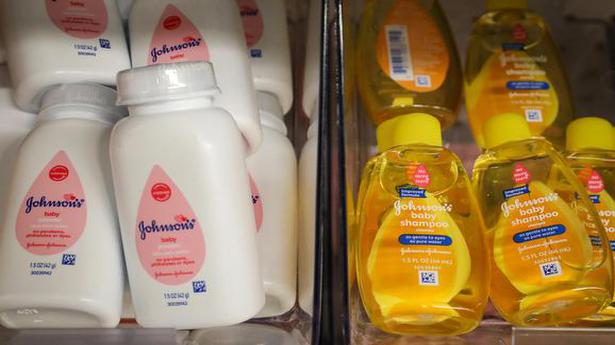 On March 5, the Rajasthan Drugs Control Organisation (DCO) said it found the chemical formaldehyde in baby shampoo manufactured by personal-care company Johnson & Johnson. The two problem batches containing the chemical have now been withdrawn from the market. J&J has contested the findings, however, and these samples will undergo repeat testing under the Central Drugs Standard and Control Organisation (CDSCO). This is the third time in the recent past that Indian drug regulators have clamped down on the company. In March this year, several years after J&J recalled a defective hip-prosthetic it used to sell in India, CDSCO ordered the company to pay compensation to the recipients of the prosthetic. Before that, in December 2018, the CDSCO prevented J&J from selling its baby powder until it was shown to be asbestos-free. Two months later, CDSCO allowed J&J to resume production after its tests found the baby powder to be safe.

In the tiny amounts it is present in most shampoos, formaldehyde is likely to be harmless. Most of the fears around the chemical arise from the fact that the International Agency for Research on Cancer (IARC) classifies formaldehyde as a carcinogen. This classification is based on studies of workers in the automotive and textile industries, who are exposed to strong formaldehyde fumes for several hours a day. Many of these workers go on to develop nasopharyngeal cancers. This is why some global regulatory agencies have set safe-exposure limits for the chemical. In 2011, the US’ Occupational Safety and Health Administration (OSHA) calculated that an average exposure of up to 0.75 parts per million over 8 hours was safe. This is equal to 900 mcg/cu.m. Meanwhile, the German MAK Commission has set a limit of 375 mcg/cu.m.

How much formaldehyde are we exposed to everyday?

Formaldehyde is everywhere around us, including in the food we eat, such as fruits and fish. It occurs in household products like furniture polish. What’s more, it is a by-product of human metabolism. One 2005 study in Respiratory Physiology and Neurobiology found that the breath exhaled by humans contained formaldehyde in the range of 1.2 – 72 mcg/cu.m.

What’s the risk from baby shampoo?

To understand whether formaldehyde in shampoo can hurt babies, one must know how much is released into air per use. Not just shampoo, but several personal-care products have chemicals that release formaldehyde, such as quarternium-15 and methenamine. These are added because formaldehyde kills bacteria and fungi, which are also a risk to cosmetics users.

One study, published in 2012 in the journal Regulatory Toxicology and Pharmacology, calculated the amount of formaldehyde released when 8 personal-care products were used in generous quantities. The study, which was sponsored by an international industry consortium including France’s Loreal, found that peak concentrations of formaldehyde occurred some 5-10 minutes after use, and ranged between 2.2 mcg/cu m for shower gel and 11.5 mcg/cu.m for body lotion. The concentration at 1 hour was no different from the formaldehyde already present in the bathroom, which was around 1.33 mcg/cu m. All these numbers are far below safe-limits set by OSHA and the MAK Commission.

Can formaldehyde cause allergies?

Yes, both formaldehyde and Quaternium-15 can trigger skin allergies at levels present in shampoos. However, the risk is small for rinse-off products like shampoo, and is a bigger worry for stay-on products like lotions.

Why does J&J use formaldehyde then?

J&J has questioned the Rajasthan drug controller’s claim, and insisted that it adds no formaldehyde-releasing chemicals to its baby shampoo. Since 2014, after the company faced opposition from NGOs such as the Environmental Working Group, it replaced Quaternium-15 in its formulation with sodium benzoate. When asked if the company had tested its Indian batches for formaldehyde, a spokesperson told The Hindu, “Yes, our formulation development, ingredient management, quality systems, and testing, all confirm that Johnson’s baby shampoo does not use formaldehyde or ingredients that release formaldehyde”.

Given this staunch denial by J&J, it’s important for Rajasthan’s authorities to substantiate their findings by revealing the methods they used to detect the chemicals. They have not done so. According to Rajaram Sharma, Drug Controller-I at Rajasthan’s Department of Medical, Health & Family Welfare, the State drug-testing laboratory has only revealed that formaldehyde was detected, without specifying the quantity or the methods. Since J&J has challenged the finding, the shampoo will now be sent to CDSCO’s laboratories for repeat testing.

Probably not. The case of faulty hip-prosthetics sold by J&J has worsened consumer trust in the company. However, in the case of formaldehyde, there is little evidence that the chemical is present in the company’s baby shampoo. Even if it is, there is very little risk of it ever causing cancer.

Plain-clothes police personnel were on the JNU campus when students were assaulted by an armed gang, student activists said. Eyewitnesses maintained that they spotted a large collection of armed men with faces covered in handkerchiefs stationed outside the Periyar hostel and policemen in civil dresses were standing nearby when the mob began pelting stones at […]

The Delhi High Court on Tuesday said it would hear on November 25 final arguments on a plea filed by the Enforcement Directorate (ED) challenging the anticipatory bail granted to Robert Vadra in a money laundering case. Justice Chander Shekhar listed the matter for further hearing after the ED’s counsel informed the Bench that Solicitor […]