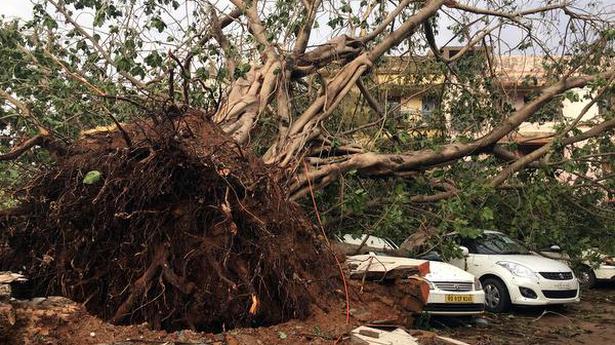 The Special Relief Commissioner’s office, Odisha, on Sunday confirmed seven deaths after cyclone Fani struck the State even as the government struggled to restore basic services such as power, water supplies and mobile connectivity. Information about death and destruction was pouring in from Puri and Khordha districts.

More than 200 people were injured and admitted to hospitals in the two severely affected districts.

As a result, electricity couldn’t be restored even 48 hours after the cyclone hit the State. All parts of the two districts remained without power.

Only BSNL has restored connectivity in some parts of the affected area.

The Jamiat Ulama-e-Hind on Monday moved the Supreme Court against the Citizenship (Amendment) Act of 2019, saying the new law classifies immigrants without any “intelligible differentia” and ignores several religiously persecuted minorities like Ahmadiyyas, Zikris, Baha’i, Kalasha and Shia sects of Pakistan. The organisation, through its general secretary, Syed Maulana Mahmood Madani, said the new […]

India and Pakistan have never been friends, but the war they fought in 1965 actually ended up benefiting the hundreds of thousands of people who commute daily between Kolkata and Howrah, the two neighbouring settlements separated by the River Hooghly. Load off bridge Until 1965, West Bengal and Assam were connected by waterways, and vessels […]

24.5 lakh children to be given OPV today

Kerala will go along with the national policy and participate in a round of Pulse Polio immunisation drive on Sunday, when 24.5 lakh children below the age of five years in the State will be given oral polio vaccine (OPV) on the same day. Last year, it was after much deliberations on the polio threat […]