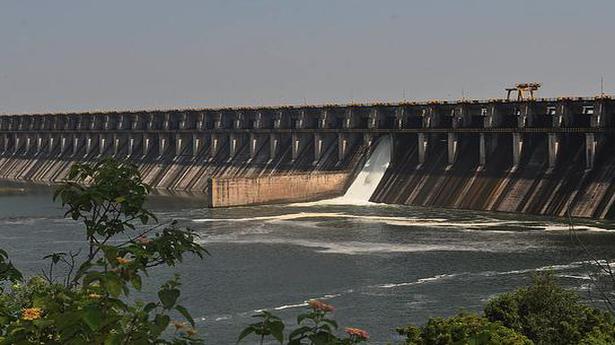 With no let-up in the acute water scarcity that has gripped the Maharashtra’s rural hinterland, farmers and citizens in the drought-hit areas of Solapur and Pune districts are desperate.

In Solapur’s Madha tehsil, farmers mourn the pitiable condition of the smaller livestock animals such as goats and sheep, while the tribal areas of Junnar (in Pune district) are bearing the brunt of the water scarcity as water sources have all but dried up.

“The government provides for bigger animals in fodder camps, but the smaller ones such as goats and sheep are neglected and their suffering is unbearable. The landscape is arid with the foliage wilting under the merciless heat of the sun,” says Dipak Mali, a farmer from Upalai Budruk village in Madha.

Stating that the ground reality of the fodder camps was dismal, he remarks that it is a daily struggle for human beings and animals alike to triumph the drought and the acute water scarcity.

Vidya Londhe of the same village has to trudge more than 4km every day in quest of water.

“The water we receive from the tankers is invariably undrinkable. Even to get that, we have to queue up every morning. There is a great deal of jostling, coupled with fraying of tempers. It is only after several hours that we receive water, sometimes well past midnight and even then, barely enough to fill a vessel,” she says, echoing the refrain of several women in the village.

According to Sachin Gadekar, a local journalist and analyst, the grim reality facing the populace of Madha and the rest of Solapur is ironical given that the 40-odd sugar mills in the district were functional during the sugarcane crushing season.

“Furthermore, there have been no efforts on part of Solapur’s Guardian Minister Subhash Deshmukh, or important leaders in the district including Sushilkumar Shinde to provide relief for the drought-hit. The Guardian Minister has barely made two brief tours of a couple of drought-hit taluks after the polls ended in the State on April 29,” he said.

Expressing worries over the abysmal state of fodder camps and the utter lack of water, Shivajirao Patil-Chandajkar, a former director of the district milk association, observed that even water-abundant villages near the Ujani dam – Solapur’s potable water lifeline – were in dire straits this year.

In Junnar, 90km from Pune city, the tribal hamlets of Muthalne and Kopre are particularly hard hit with their natural water reserves drying up. Residents in these areas say that the contaminated water has led to an outbreak of diseases such as cholera and gastroenteritis in the vicinity.

Meanwhile, cumulative water stocks in the four major dams – Khadakwasla, Panshet, Varasgaon and Temghar – that constitute Pune’s potable water lifeline – are down to an alarming 4.43 TMC (Thousand Million Cubic Feet), a little over 15% of their total capacity.

According to State Irrigation Department authorities, water consumption by the city’s residents in April last month was the highest over a six-month period beginning November 2018.

“The city consumed 1.4 TMC water in March and April. Going by the pattern of consumption in May, the city may very well end up consuming water in excess of 1.4 TMC for the third consecutive month. This is bound to pose severe problems till the onset of the monsoon,” said an official from the Irrigation Department.

The India Meteorological Department (IMD) has issued a cyclone alert over the Arabian Sea. A depression prevailing over east-central part of the sea is likely to develop into a deep depression by early Friday morning and a cyclonic storm by midday. Peninsular India is not in the path of the cyclone, however. It is very […]

The newly elected leader of Congress Parliamentary Party (CPP), Sonia Gandhi, on Saturday said that “in an unprecedented crisis, lies an unprecedented opportunity.” Addressing the 52 newly elected MP of Congress at the general body meeting of CPP Ms. Gandhi said that they fought the hardest battle ever. “We were up against an election machinery […]