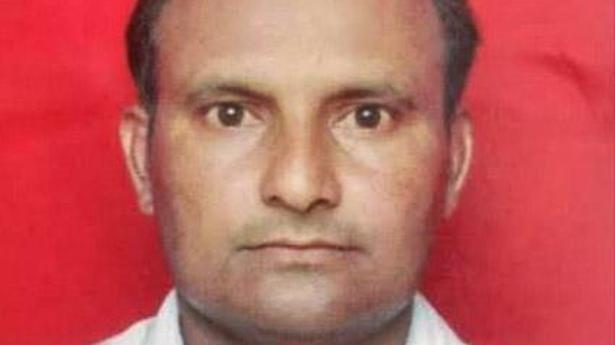 The Uttar Pradesh police have registered an FIR against four policemen, including a Deputy Superintendent of Police and an inspector, in connection with the alleged custodial torture leading to the death of a 35-year-old man in Pilkhuwa area of Hapur district.

Pradeep Tomar, a security guard, died at a Meerut hospital on October 13. His 10-year-old son claimed that his father was brutally tortured by policemen in his presence at a police station. Police said Tomar had been summoned to Chijarsi outpost for interrogation in connection with a murder case.

The FIR was filed on Thursday after the National Human Rights Commission took note of the case and issued notices to the State Chief Secretary and the Director General of Police. The commission has sought action-taken reports within four weeks.

In the FIR, the victim’s brother, Kuldeep alias Tejpal, accused DSP Santosh Mishra, SHO Yogesh Baliyan, inspector Ajab Singh and an unidentified policeman of torturing Tomar. The officers have been booked under Sections 302 (murder) and 323 (assault) of the IPC.

The post-mortem report has confirmed the charge of torture. “The cause of the death has not been confirmed. The viscera sample has been preserved. There was blackening of the posterior and signs of contusion on arms and other body parts [of Tomar],” said Superintendent of Police Yesh Veer Singh. He said a departmental probe and a magisterial inquiry have already been ordered into the incident. While Mr. Baliyan and Mr. Singh have been placed under suspension, Mr. Mishra has been transferred to Garhmukteshwar.

Prime Minister Narendra Modi on Sunday said that the NDA government is committed to improving the tax regime in the country. Speaking at the Aditya Birla Group Golden Jubilee celebrations, Mr. Modi said, “We are committed to further improving it [tax regime]. We are now starting faceless tax assessment so that there is no scope […]

In response to the Supreme Court decision on the Rafale fighter aircraft deal case review petitions, the Ministry of Defence (MoD) has said the petitioners were using documents with the intention of presenting a “selective and incomplete picture” of internal secret deliberations on a matter relating to national security and defence. In an unanimous judgment […]