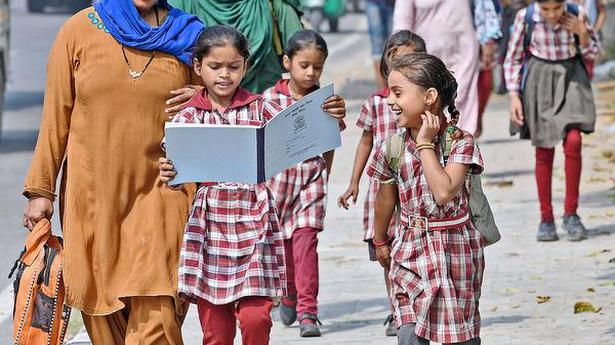 Five years ago, when 11-year-old Rajkumari arrived in the national capital from Pakistan’s Sindh province, roaming in the neighbourhood and going to a school were things she had not experienced.

Living in a jhuggi near Majnu Ka Tila, she is one of the many people who came to Delhi on a pilgrimage visa and did not go back.

Rajkumari, now 16, says, “Back in Sindh, girls were not allowed to go to schools or leave their homes much. I went to school for the first time after arriving here. I want to study further and continue staying in India as I have more freedom here.”

The semi-permanent structures on the banks of the Yamuna, which started with around 480 Pakistani Hindus settling there in 2011, have over 700 residents now (over 120 families). Living amid constant fear of being uprooted from the place they call home, the residents hope the Indian government will grant them citizenship.

“The pilgrimage visa was just an excuse for us to move out of Pakistan. We reached Delhi with our families in 2011, leaving our farmlands and property behind, to escape the torture we faced there. All we hoped for was better income prospects and a secure life,” says Sona Das, the “pradhan” of the area.

With the National Green Tribunal on Thursday directing the Delhi Development Authority to evacuate the residents from the floodplains on account of encroachment, the settlers say that “India is the only place they can expect to take shelter in”.

“If they want us to vacate we will, but they must rehabilitate us properly. Right now we are leading a life of starvation, but after all we are Hindus. Why do we have to live like this in this country? If the government does not stand with us, where would we go?” says Das, a daily wage labourer.

Gomti, 45, a homemaker living in the jhuggi since 2014, says managing a family of 10 is becoming “increasingly difficult” because of lack of a steady income. Some of the residents are daily wage labourers, while others have small shops or are street vendors.

Though most residents have obtained Aadhaar cards, they say that after getting citizenship, they can lead a “respectable life”. “Our only demand is that the government grant us citizenship and rehabilitate us so that we can lead a respectable life in the country we want to,” says 42-year-old Sukhnand pradhan, another labourer.

In the light of coronavirus disease (COVID-19) being declared a notifiable disease, violation of norms laid down under the Tamil Nadu Public Health Act (TNPHA), 1939 and the Epidemic Diseases Act, 1897 will draw legal action, the Directorate of Public Health and Preventive Medicine has warned. With Tamil Nadu facing the threat of an outbreak, […]

Rough seas battered coastal areas in the district on Wednesday even as the India Meteorological Department (IMD) and Indian National Centre for Ocean Information Services (INCOIS) warned that high swells are likely to lash the Kerala coast till Thursday night. Nearshore sea will be rough till 11.30 p.m. on Thursday due to the effect of […]

Nirav Modi remanded to custody in U.K. prison until September 19