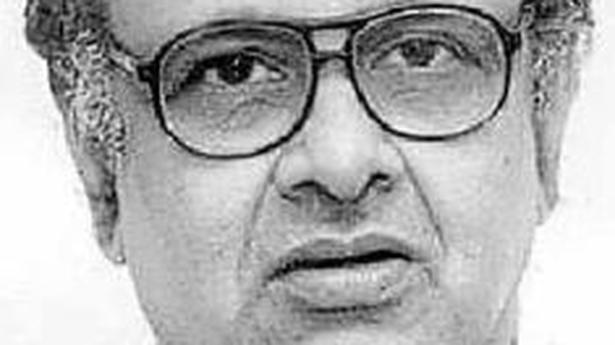 C.R.L. Narasimhan, former Associate Editor at The Hindu, passed away here after an illness. He was 71. Mr. Narasimhan joined the newspaper in December 1993 and retired in 2012. He worked at The Hindu as a Consulting Editor till August 2014.

Mr. Narasimhan joined the newspaper after a stint at the State Bank of India. He was an authority on banking and finance, and regularly wrote columns on the banking sector, NBFCs, and policy matters.

A couple of colleagues who had worked with Mr. Narasimhan recalled his knowledge and his passion for writing on these subjects.

“His was a very tempered way of writing, he understood banking extremely well. His language used to be very simple and very articulate for everyone to understand,” a former colleague said.

India on Sunday strongly condemned the murder of a Sikh citizen of Pakistan in Peshawar and urged the government of Prime Minister Imran Khan to stop attacks on religious minorities in the country.  A press statement from the Ministry of External Affairs (MEA) pointed out Islamabad’s inaction regarding several cases of violence against Sikhs and […]

The government on Wednesday appointed senior diplomat Vikas Swarup as Secretary (West) in the Ministry of External Affairs. Mr. Swarup, a 1986 cadre IFS officer, served till November as the High Commissioner to Canada. He was given charge as the Secretary (Consular, Passport, Visa and Overseas Indian Affairs) on November 21 but this post will […]

The findings of the National Sample Survey 75th round, on “Household Social Consumption in India: Health”, released earlier in the week, lays bare the paradox that Kerala is – that the most progressive State on the health front, it is also the sickest in the country. The survey, conducted by the National Statistical Office (NSO), […]