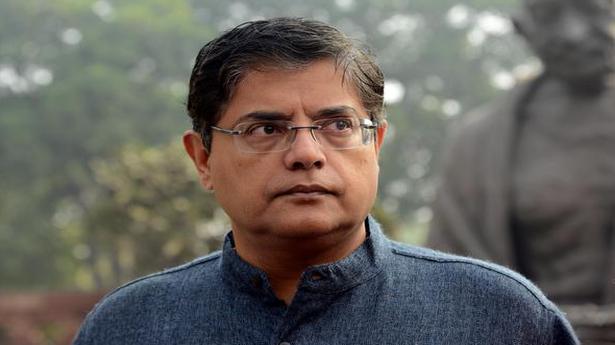 Former BJD lawmaker Baijyant ‘Jay’ Panda joined the BJP on Monday, giving a boost to the party in Odisha where it is looking to improve its tally in the coming Lok Sabha election.

The Assembly polls in the State is likely to be held along with the parliamentary election, and the party hopes that the presence of Mr. Panda will brighten its prospects, especially in coastal Odisha.

Mr. Panda, who owns an influential media empire in the State, had been a leading parliamentarian of Odisha Chief Minister Naveen Patnaik-led Biju Janata Dal before he fell out with its leadership.

Amid his perceived proximity with the BJP, the BJD suspended him last year for “anti-party” activities.

The BJD had accused him of “anti-party activities” to justify his suspension. It later alleged that he was involved in money laundering as it sought a probe. Mr. Panda had denied the charge.

Odisha has 21 parliamentary constituencies and the BJD had won 20 of them in 2014. The BJP won only one Sundargarh, represented by Union Minister for Tribal Affairs Jual Oram.

The BJP has identified Odisha as one of the priority States ahead of the polls. In the 2017 State rural elections, the BJP emerged as the second largest party, pushing the Congress to the third spot.

Drug use to cope with emotions or boredom can worsen physical, mental health: Health Ministry

One of the long-pending demands of historians, freedom fighters, research students, and the public to have government archives here was fulfilled with the opening of the State archives regional library on Karnatak University campus here on Wednesday. Kannada and Culture Minister C.T. Ravi inaugurated the library and the new building, nearly two years after its […]

The duo were lodged in the same room in the quarantine facility for nearly five days. Source: thehindu.com Related