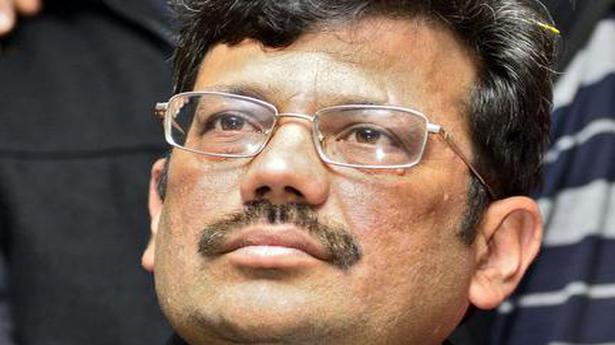 Former Punjab BJP president and senior party leader Kamal Sharma passed away on the morning of October 27 after suffering a heart attack in Ferozepur district.

Mr. Sharma, 48, went for a morning walk when he suffered a heart attack, a close aide of Mr. Sharma said

He was taken to a local hospital, where doctors declared him brought dead, he said.

Mr. Sharma is survived by his wife and two children.

Two hours back, Mr. Sharma had greeted people on Deepavali through his Twitter handle.

The Karnataka Rajya Dalit Sangharsha Samiti has declared its support to the massive public meeting against the Citizenship (Amendment) Act (CAA) and the National Register of Citizens (NRC) to be held by People’s Forum here on Tuesday. At a press conference here on Friday, D.G. Sagar, president of the organisation, said they would mobilise the […]

At a time when religious congregations are seen as places that facilitate faster spread of Coronavirus, churches in Odisha are using technology to make the faithful participate in Sunday worship from remote locations — a first in local church history. After the Odisha government asked the authorities of religious institutions to practice social distancing, Internet-based […]

A Central Reserve Police Force (CRPF) jawan was killed in a militant attack in south Kashmir’s Anantnag district on Tuesday. An official said unknown militants surfaced at Goriwan in Bijbehara in the afternoon and hurled a grenade and opened fire on a law and order patrol of the CRPF. A CRPF Head Constable, Shiv Lal […]