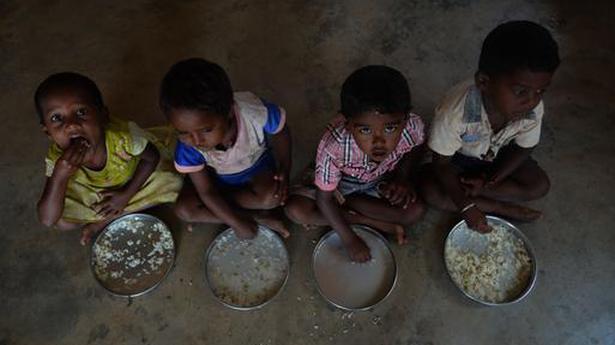 A food fortification project being implemented in Rajasthan, which has covered wheat flour, soya dal analogue, oil and milk, has successfully provided micronutrients to vulnerable sections of population despite high figures of stunted growth of children. New strategies are being formulated to widen the project’s scope and reach out to more people.

The State government is implementing the project in collaboration with Jaipur-based Institute of Health Management & Research (IHMR) and the Global Alliance for Improved Nutrition (GAIN). It has been executed through the public distribution system for common citizens, women and children having low levels of nutrition and expanded to cover the mid-day meals scheme in schools.

At a consultation to discuss the project’s results here earlier this week, Rajasthan was described as a model State where the edible oil and dairy industries had achieved distinction in fortification of their products. About 6 crore people in the State are consuming fortified oil produced by over 100 industries.

Additional Chief Secretary (Industries) Subodh Agarwal said 39.1% of children under five years in the State had stunted growth, which exceeded the national figure of 37.9%. He said concerted steps were needed to tackle malnutrition, while independent institutions should step in with their research and recommendations.

Naveen Jain, Secretary, Skills, Employment and Entrepreneurship, said though nutrition was an important issue, it was often left behind, as there was a gap between conceptualising and implementation at the ground level.

GAIN’s programme head Deepti Gulati laid emphasis on strengthening the regulatory mechanism to ensure the quality and safety of fortified foods and said the fortification of oil and milk with vitamins A and D should be made mandatory. “Fortification enriches food and provides micronutrients which can significantly reduce the figures of stunted growth.” she said.

GAIN has been providing technical and financial support for the fortification project, while IIHMR functions as the executing agency. IIHMR president Pankaj Gupta said since the micronutrient deficiency was prevalent in all age and socio-economic groups, the State should address the issues of child stunting and wasting.

The experts also pointed out that food fortification does not change colour, taste or aroma of food material and makes it wholesome. Several centralised kitchens in the State are supplying fortified soya dal analogue containing additional micronutrients for mid-day meals given to school children.

Two major public meetings involving politicians and noted civil society activists protesting the contentious Citizenship Amendment Act (CAA) and National Register of Citizens (NRC) were held in the city on Thursday evening under the shadow of heavy police deployment and protests from right wing outfits. The police had sent notices under Section 149 [police to […]

As the fires ebbed, and roads to one of areas worst affected by the riots, Shiv Vihar Phase 7, opened up, 25-year-old Arshi picked her way out of the rubble of what was once her home in an area that is now a ghost town. When her family fled a few days ago, she says, […]