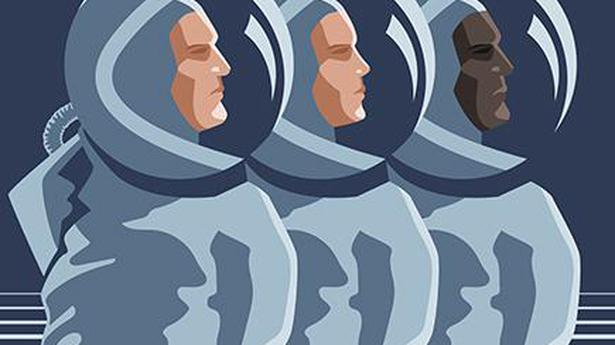 Much of the training will take place at the GCTC facilities, a statement issued in Moscow said. The full programme includes basic or generic astronaut training followed by activities specific to the first Indian human space mission, Gaganyaan.

The four candidates are fighter pilots from the Indian Air Force and were chosen from among hundreds of applicants over the last few months. At the end of all training modules in India and Russia, one or two of the four will be finally named to circle the earth in the first crewed Gaganyaan, which is planned around 2022.

In June 2019, the Human Space Flight Centre of the Indian Space Research Organisation and the Russian government-owned Glavkosmos signed a contract for the training, which includes Russian support in the selection of candidates, their medical examination, and space training.

Glavkosmos said, “The 12-month training programme includes comprehensive and biomedical training of the Indian candidates, combined with regular physical practices. They will study in detail the systems of the Soyuz manned spaceship, as well as be trained in short-term weightlessness mode aboard the Il-76MDK aircraft.”

The Il-76MDK is an Ilyushin-78 military transport plane specially re-designed for parabolic flights of trainee astronauts and space tourists. The candidates will also be trained to take appropriate actions during emergencies — for example should the spacecraft make an abnormal landing in (unplanned) climate and geographic zones.

IRMS a result of the inter-department spat on Train 18

The no-holds barred battle between the mechanical and the electrical engineering wings in the manufacture and approval of the ‘Train 18’ sets by the Integral Coach Factory (ICF) near Chennai could have been the tipping point in the tectonic move to have an unified Indian Railways Management Service (IRMS) in place of eight other services. […]

The Higher Education Department, through an order, has made eligible candidates with an engineering or B. Tech degree to teach in schools from classes 6 to 8. schoolchildren. The decision follows a resolution passed after a meeting of the Tamil Nadu State Council for Higher Education last month, according to the order signed by Higher […]

Without worrying about the scorching heat, Gurulingappa Layadagundi (80) waits with a water-filled steel pot outside his small shed-like home on Railway Station Road of the city, for people to offer drinking water. This has been a routine for this aging man for the last over three decades. People, mainly autorickshaw drivers, normally do not […]