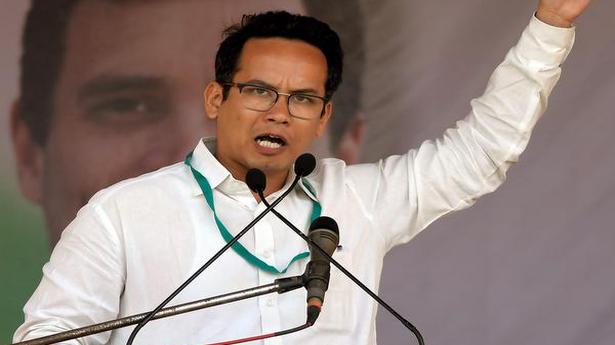 Faleiro continues to be the AICC general secretary incharge for other North eastern states.

His removal comes days after former Tripura Congress Chief Pradyot Debbarman resigned from the party writing to Gandhi against Faleiro.

According to a party statement, Gogoi will hold the new post “along with his current responsibilities as incharge of West Bengal and Andman and Nicobar Islands”.

Gogoi is a sitting MP from Kaliabor in Assam.

Maharashtra Uddhav Thackeray on alliance with BJP for Assembly elections Shiv Sena chief Uddhav Thackeray on Tuesday said despite his party being in Maharashtra government for last five years without much power, he never betrayed or conspired to pull it down. He said in an alliance, both parties need to exercise caution and if the […]

Pakistan has used heavy artillery guns to target military and civilian areas, the Indian Army said on Wednesday, warning that any “misadventure” will get a response in a fitting manner with “dire consequences.” “In the last 24 hours, Pakistan resorted to intense and unprovoked firing with heavy calibre weapons including heavy artillery guns in selected […]