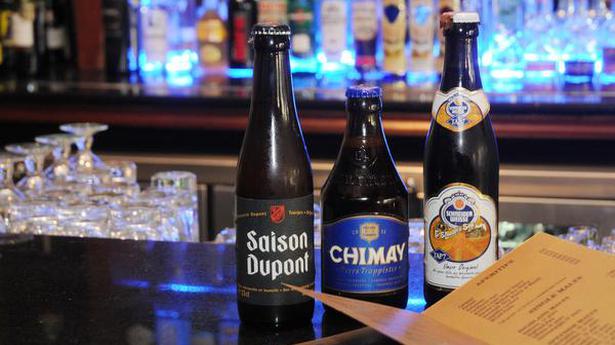 Apprehensive about the implications of the restrictions on sale and serving of alcohol beyond 11 pm imposed by Election authorities, Goa Tourism officials on April 17 approached the Election commission of India (ECI) for relaxation in these timings.

The State Tourism has moved following two separate representations made by coastal State’s hoteliers, bar and restaurant owners, to the Tourism Minister. The owners pointed out that the 11 pm deadline, imposed even on those establishments who are licensed to serve alcohol till later hours, was driving away tourists and disrupting the nightlife of Goa.

“The Department of Tourism has stated that the Chief Electoral Officer in Goa heard the issues raised by the department and has assured to take up the matter with the EC,” a statement issued by the Goa Tourism said. “The representations stressed on the need for relaxation in timings as the tourism season is currently at its peak and is expecting a further surge for the weekend festivities.”

Already, following strict vigilance against liquor, authorities including police have seized large quantity of liquor since the model code of conduct came into force.

Sources in the Goa EC said that the action against liquor misuse has been stringent based on the past experiences of the ECI that misuse of liquor was a major factor in this State’s elections. ECI has been also very strictly monitoring liquor supplies from Goa in border States, during electioneering.

Goa will have polls on April 23 and Panaji assembly by-poll on May 19.

The Centre on Monday approved a ₹453-crore loan at a subsidised interest rate of 5% to the Tamil Nadu government for setting up three fishing harbours. The funds will be released from the Fisheries and Aquaculture Infrastructure Development Fund (FIDF) that has a corpus of ₹7,522 crore. An agreement was signed between the Union fisheries […]

Depression over Bay of Bengal likely to turn into cyclonic storm

The depression over the Bay of Bengal has turned into a deep depression on Wednesday and is set to intensify into a cyclone, an IMD official said. As it is likely to trigger widespread rainfall, the Odisha government has already put 15 of the state’s 30 districts on alert asking them to remain prepared for […]

Former Jammu and Kashmir Chief Minister Omar Abdullah of the National Conference and Mehbooba Mufti of the Peoples Democratic Party, are likely to face on February 7 the stringent Public Safety Act (PSA), which allows detention wthoutt trial up to three months. Top official sources confirmed to The Hindu that the Governor’s administration on February […]