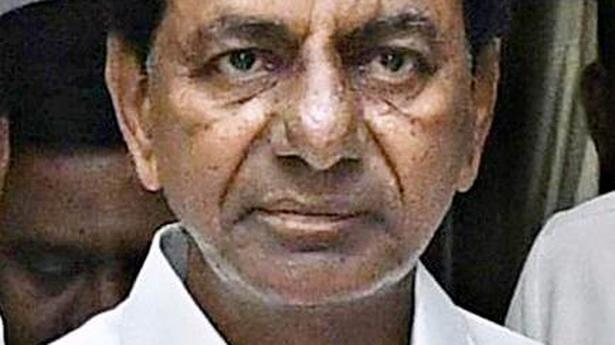 Chief Minister K. Chandrasekhar Rao has said hiking the age of superannuation which is an election promise of TRS government and extending Pay Revision Commission scales to employees will form part of a package to be extended by government shortly.

Addressing a press conference after the Cabinet meeting on Tuesday, Mr. Rao said the government was studying the cut-off date for hiking the age limit. The employees’ associations will be involved in the negotiation.

He promised completion of municipal elections by July-end and said the Municipal Secretary was already asked to notify reservations for backward classes for the purpose.

The government was studying devolution of subjects to panchayat raj bodies under the new legislation which it proposed to implement strictly. The greenbelt improvement programme and National Rural Employment Guarantee Programme were some of the subjects which the government proposed to transfer to gram panchayats.

Mr. Rao said the Cabinet decided to allot land for construction of party offices by the Telangana Rashtra Samithi in 30 out of 33 districts.

The decision was pending for Warangal (Rural) and Hyderabad while the office for Khammam was already constructed. A five acre land near Shankerpally was sanctioned for the cine studio of film director Shanker, who hailed from Telangana, he added.

Several opposition parties, including the Congress, walked out of Lok Sabha on Wednesday demanding a reply from the government on the alleged attempt of life on the Unnao rape survivor. Leader of the Congress in Lok Sabha Adhir Ranjan Chowdhury raised the issue, saying Home Minister Amit Shah has not responded to the issue despite […]