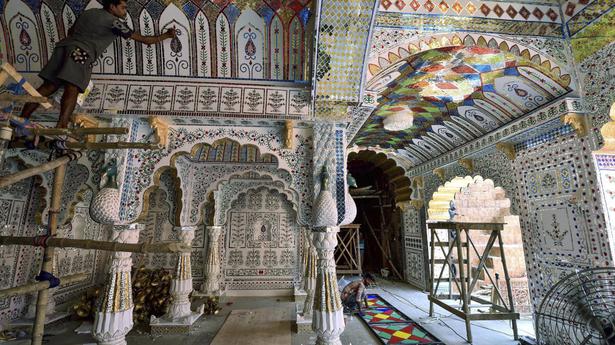 West Bengal Governor Jagdeep Dhankar’s allegation that he was “blacked out” in media during a recent programme the State government had convened has triggered a fresh row. Mr. Dhankar said the incident was “reminiscent of the Emergency period”. The Trinamool Congress denied the allegation saying the Governor was “a publicity monger”. A major confrontation broke out between the Governor and the State government about a month back when Mr. Dhankar had entered the Jadavpur University campus to ‘rescue’ Union Minister Babul Supriyo who was encircled for about six hours.

On Tuesday, Mr. Dhankar said his “heart was deeply hurt” by the treatment meted out to him. “For four hours and more I was there and [my] face was totally blacked out. This is unusual kind of censorship,” he told journalists in Kolkata.

Mr. Dhankar was invited to the ‘Puja Carnival’ programme, an annual event conducted by the State government for last four years. In the carnival, a series of Durga idols are taken in a long procession to the Ganga for immersion, while the guests sit under a marquee on a platform and watch it. Thousands throng the event which is telecast live. Sources told The Hindu that the Governor, accompanied by his wife, was given a seat behind a temporary pillar. He was neither visible to the television cameras nor could he see the event properly from the spot.

“I am deeply hurt and disturbed — the insult was not [only] to me [but also] to the culture of West Bengal,” he said comparing it to official censorship.

“How can you black out a person holding this position after inviting him. This is unheard of. Someone called me to say the incident was reminiscent of the Emergency period,” he said. State BJP president Dilip Ghosh said, “It is true that other than one person [the Chief Minister], no one is given proper space in the visual media. We feel it every day. The Governor has felt it too and highlighted. ”

The TMC hit back to the allegation immediately. Chief Whip in the Assembly Tapas Roy said the Governor had established that he was “a publicity monger”.

“He is filled with hunger for publicity and to ensure publicity in future he is doing this [and thus] has humiliated his position and himself,” said Mr. Roy. The incident is another example that the Governor and the State government are on a collision course, which according to observers will only lower the Centre-State relationship thus affecting the functioning of the government.

Former Uttar Pradesh Chief Minister Kalyan Singh on Friday appeared before a special CBI court responding to its summons in the Babri Masjid demolition case. The court holding the trial of various BJP leaders, including L.K. Advani, Murli Manhor Joshi and Uma Bharti for allegedly conspiring to demolish the mosque at the disputed Ram Janmbhoomi-Babri […]

The Supreme Court on Tuesday directed the Election Commission of India (ECI) to allot a common/free symbol to the T.T.V. Dhinakaran-led Amma Makkal Munnetra Kazhagam (AMMK) even as it ruled that the group had no exclusive right to the ‘pressure cooker’ symbol. The AMMK is contesting a total of 40 Lok Sabha and 19 Assembly […]