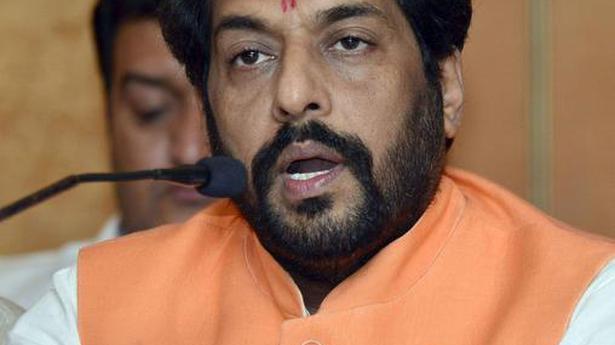 The Haryana assembly elections have thrown up striking similarities with the 2009 polls — a hung House and a ruling party falling exactly six seats short of the majority mark.

In the 2009 assembly elections, the ruling Congress won 40 seats, the same as the BJP this time.

The Indian National Lok Dal, the main opposition party then won 31 seats, the same number the Congress bagged in the just concluded elections.

In 2009, the Congress got the support of seven independents.

Seven candidates have won as independents, and the BJP hopes to get their backing to form the next government.

Last time, Gopal Kanda was among the seven independent candidates who extended support to the ruling Congress.

Mr. Kanda is in the picture again, this time as a Haryana Lokhit Party MLA. Like last time, he has been elected from Sirsa.

Mr. Kanda was later made the Home Minister in the then Bhupinder Singh Hooda government. In 2012, he tendered his resignation after he was booked by the Delhi Police in a case of abetment to suicide.

Mr. Kanda has expressed support for the BJP this time. It is not immediately clear if he will get a berth in the Haryana Ministry, if the party forms the government with his help.

In 2009, the Congress also got the support of five of the six Haryana Janhit Congress MLAs apart from the independents, enabling it to form a stable government.

With “Lokhit” in its name, Kanda’s party may have a similar sound. But he is its lone MLA.

Later, Bansi Lal formed the government with the support of the BJP.

British Prime Minister Boris Johnson has made a pledge to partner with Prime Minister Narendra Modi on his mission to build a new India, as he and his partner Carrie Symonds visited a famous Hindu temple here to woo Indian diaspora votes ahead of Thursday’s General Election. Dressed in a bright pink silk sari, 31-year-old […]

A Jaipur-bound IndiGo flight from Pune made an emergency landing here on Thursday after it was diverted to the city due to a glitch in one of the engines of the Airbus A320 plane, a source said. The number of passengers on board the flight could not immediately be known. “The IndiGo flight which took […]