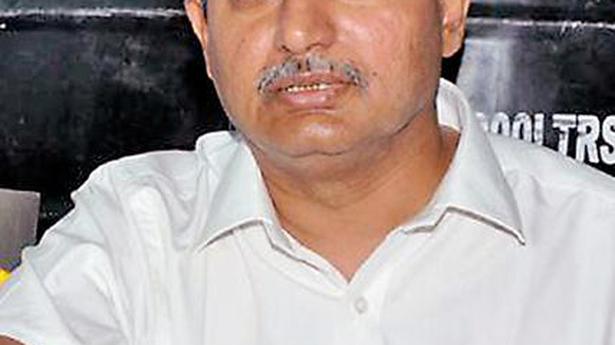 The Telangana High Court on Friday granted an interim stay on the Home Ministry’s order cancelling the citizenship of TRS MLA Ramesh Chennamaneni.

Mr. Ramesh moved the court on Thursday seeking to set aside the MHA’s order.

The TRS MLA also prayed for suspension of related proceedings pending disposal of his plea.

Mr. Ramesh was re-elected to the Telangana Assembly from the Vemulawada constituency last year.

The Home Ministry on Wednesday had issued a fresh order cancelling the Indian citizenship of Chennamaneni for concealing facts pertaining to his visits to India during the 12-month period immediately preceding his application seeking citizenship.

In its order, the Ministry said the competent authority has considered various aspects such as his MLA post and his background.

“His misrepresentation/concealment of fact misled the government of India in making its decision initially.

Had he revealed the fact that he had not resided in India for one year before making the application, the competent authority in this ministry would not have granted citizenship to him,” the Ministry order added.

Y. Ramarao, advocate for Mr. Ramesh argued that citizenship deprivation comes only when the person’s behaviour “is not conducive to the public good.”

Reacting to the court’s order, Mr. Ramesh said he was happy with the outcome.

The Supreme Court on Tuesday expressed strong reservations about appropriating the power conferred exclusively on the Tamil Nadu Assembly Speaker under the anti-defection law to conduct disqualification proceedings against Deputy Chief Minister O. Panneerselvam and 10 other AIADMK MLAs for voting against the confidence motion moved by Chief Minister Edapadi Palaniswami in February 2017. “When […]

The National Human Rights Commission (NHRC) has sent a notice to Uttar Pradesh Chief Secretary after taking cognisance of reports that children of a government-run primary school in Mirzapur were served rotis and salt for their midday meal. According to a NHRC statement, the Commission has sought a detailed report about the status of the […]

No ‘lockdown’ for oustees of Kondapochamma

In what could be termed as a surprise move, some of the oustees from both Mamidayala and Bahilampur villages are being vacated by the authorities. This despite the lockdown announced by Chief Minister K. Chandrasekhar Rao. Both these villages are getting submerged under Kondapochamma reservoir. Oustees of Thanedarpally tanda and Thanedarpally were already shifted to […]