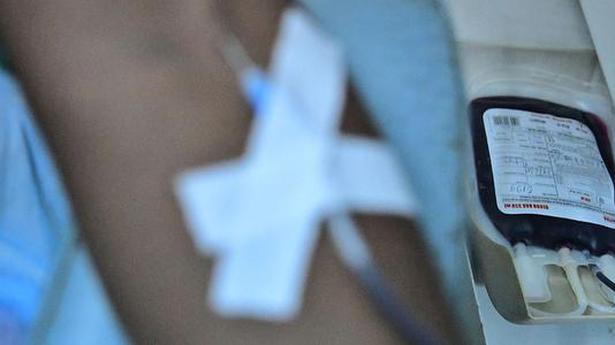 Health officials of Krishnagiri and Dharmapuri districts will conduct a detailed inquiry into maternal deaths that had reportedly occurred due to “haemolytic reactions” last year, according to a top health department source. The women had died at the Government Medical College Hospital in Dharmapuri and government hospitals in Krishnagiri and Hosur.

A senior official of the Health Department said they have asked the local authorities to conduct further investigation after these deaths were noted during the routine maternal death audit. “We have asked the local authorities to take up further investigation into these deaths. We have asked for details including on storage of blood. We need details on what exactly happened for us to take action on individuals,” the official said. Action will be based on the outcome of the inquiry.

An official said during the maternal death audit when the causes of death are analysed, they found a higher number of deaths due to “haemolytic reactions” that is due to blood transfusion in these specific areas — Dharmapuri and Krishnagiri.

The role of three medical officers, 20 nurses and six technicians attached to the blood banks in the three government hospitals in Dharmapuri and Krishnagiri districts will be investigated. A routine audit of the blood banks spotted certain flaws at the facilities in Dharmapuri, Krishnagiri and Hosur. “The blood banks were not operating as per the National AIDS Control Organisation norms. Based on the recommendations of experts, departmental disciplinary action is being taken on the employees including doctors,” an official said.

According to Srinivasraj, Dean, Dharmapuri Government Medical College Hospital, deaths of two women had occurred between June and December last year. But there was no evidence of haemolysis. “The women had come in for labour and were admitted with severe anaemia. One was given emergency blood transfusion (for severe anaemia), and another was given elective transfusion (for temporary anaemia).

One patient went into trauma two hours after the transfusion and another half an hour after the transfusion. He said reverse Coomb test was taken to check for haemoglobin in urine. It works to check if the body rejected the transfused blood, when there is a mismatch between the blood transfused and the blood of the patient. “Haemolytic reaction will be reflected in the urine. There was no reaction, and the test was negative.”

When contacted, Ashok Kumar, Joint Director of Health, Krishnagiri said, two women had died after transfusion, possibly from reaction – one was after 3 hours, and another was within 10 minutes of the transfusion. “Deaths have occurred everywhere in Salem, Dharmapuri and not just Krishnagiri and Hosur. At present, we cannot disclose anything since we are yet to receive any memo from our directorate. So, no explanation can be given.”

The woman was undergoing treatment at a designated facility for COVID-19 patients. Source: thehindu.com Related

Maharashtra BJP leader and former minister Pankaja Munde on Thursday said she is no longer a member of the party’s state core team but added she won’t quit the organisation as yet. Addressing a rally on Thursday in Beed district on the occasion of the birth anniversary of her late father Gopinath Munde, Ms. Pankaja […]