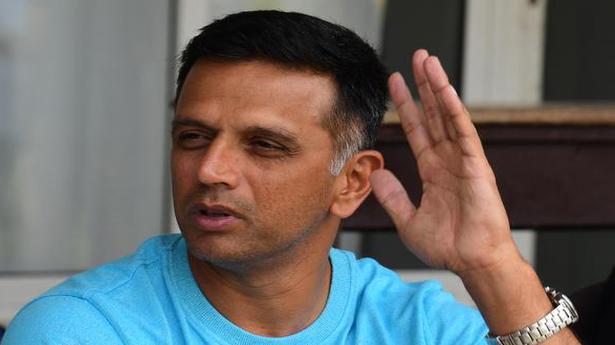 Former cricketer Rahul Dravid, who was part of the Election Commission’s campaign to boost voting, will miss out on voting in the current Lok Sabha polls as he did not take steps to get his name included in the voters’ list after a change of residence here.

Dravid and his family had moved from their ancestral house in Indiranagar to Ashwathnagar and subsequently names of him and his wife were removed from the Electoral Rolls.

This was based on Form 7 for deletions submitted by his brother, Karnataka Chief Electoral Officer Sanjiv Kumar said in Bengaluru on Monday.

“…but after shifting to new residence Rahul Dravid did not take steps to get his name included in the electoral roll although registration officials visited there several times,” Mr. Kumar said.

The electoral authorities came to know about Dravid’s name not being in the list after finalisation of the electoral rolls.

Karnataka goes to first phase of elections on April 18 for 14 constituencies, including those in Bengaluru.

Dravid was roped in by the EC for the voters’ awareness campaign during the Karnataka assembly elections in May last year.

Children consider their father as the ‘Super Star’ and take him as the role model. It is this trait that has been targeted to ensure improved hygiene and sanitation in the countryside. In a novel programme implemented across Chittoor district by the Population Services International (PSI) India, a non-governmental organisation working in health and sanitation […]

Five passengers died when a speeding car in which they were travelling collided with another car near Garikapadu checkpost on the national highway under Jaggayyapeta Police Station limits in Krishna district on Sunday morning. All of them are in the age group of 25 to 30 years and belonged to Telangana. Jaggayyapeta Sub-Inspector B. Raju […]