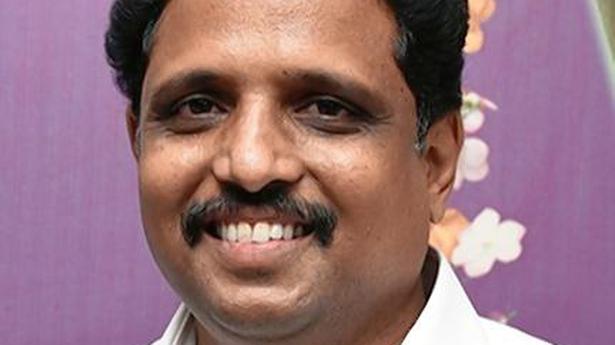 The Madras High Court on Friday agreed to hear on Saturday, a working day for the court, a plea for the constitution of a special investigation team by Election Commission to inquire into the issue of alleged unauthorised entry of a woman Tahsildar into a document storage room adjacent to a strongroom housing electronic voting machines of the Madurai Parliamentary constituency.

A Division Bench of Justices S. Manikumar and Subramonium Prasad would be hearing the case filed by Su. Venkatesan, Communist Party of India (Marxist) candidate for Madurai Lok Sabha elections.

In his main prayer, the petitioner insisted that the special investigation team be lead by an officer not below the rank of principal secretary to the Election Commission and it should bring the culprits to book after a thorough inquiry.

The petitioner also sought three different interim prayers of which the first was to transfer Madurai Collector S. Natarajan on the ground that the latter allegedly did not handle the issue seriously.

It was alleged that the Collector did not turn up on the Madurai Medical College campus, where the EVMs were stored, on the night of April 20 though a huge number of party men gathered over there on hearing the news about unauthorised entry.

Mr. Venkatesan also alleged that the Collector feigned ignorance about the incident until he met him at his camp office past midnight and sought appropriate action.

The other two interim directions sought by the petitioner were to provide three-tier security with the Central Reserve Police to the counting centre not only in the Madurai Parliamentary constituency but in all other constituencies across the State and to appoint a Special Observer in the rank of an IAS officer for counting of postal ballots in Madurai constituency after thorough verification of records to find out whether the Tahsildar had manipulated any document.

The AIADMK’s dual stand on the Triple Talaq Bill in the two Houses of Parliament has rattled sections of the minorities. The party’s minority wing secretary A. Anwhar Raajhaa, who strongly opposed the Bill in the previous Lok Sabha, says there is an ulterior motive behind the legislation. In a telephonic interview, he says he […]

The Supreme Court on Thursday agreed to hear on Friday the Centre’s appeal challenging the Delhi High Court’s verdict dismissing its plea against stay on the execution of the four death row convicts in the Nirbhaya gang rape and murder case. Additional Solicitor General K.M. Natraj, appearing for the Centre, mentioned the matter for urgent […]