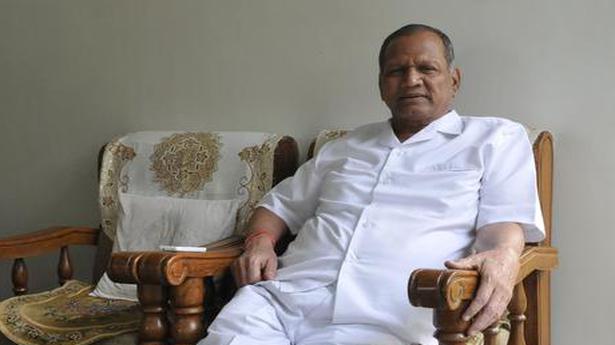 A row broke out on September 27 over the comments of a Madhya Pradesh Congress leader that the bachelor status of RSS leaders was at the root of scandals like the honeytrap case, prompting the BJP to say that these reflected a “depraved mindset”.

Manak Agarwal also advised leaders of the Rashtriya Swayamsevak Sangh to get married.

The State police recently busted a gang which allegedly entrapped officials and politicians using attractive women and later blackmailed them for money or government contracts.

“The honeytrap case started when Shivraj Singh Chouhan was Chief Minister. This case is spread across five or six states where the BJP is the ruling party,” Mr. Agarwal told PTI.

“One of the major reasons for the honeytrap case is that people from the RSS do not marry,” he claimed.

Mr. Agarwal, a former chief of the State Congress’s Media Cell, went on to claim that other people including bureaucrats and traders are also involved in the case but “most a majority are from the BJP and the RSS”.

“I know of several unmarried persons across political parties including the Congress. He is questioning the character of all such people. RSS leaders are patriots and work for the country with dedication,” Mr. Bhargava said.

Only full-timers of the Sangh remain bachelor and not all RSS members, he added.

The alleged honeytrap scandal in the state came to light with the arrest of six people including five women from Bhopal and Indore on September 19.

Tamil Nadu Chief Minister Edappadi K. Palaniswami launched the Tamil Nadu Health System Reform Programme (TNHSRP) in Chennai on Tuesday. The Programme will be implemented with funding support from the World Bank. The Programme aims at achieving result-oriented outcomes in healthcare delivery and over a five-year period, aims to improve the quality of care, strengthen […]

NCP may consider debutant for Kuttanad

The Nationalist Congress Party (NCP) is likely to consider a debutant for the Kuttanad Assembly by-election. The party leadership meetings scheduled to be held in Kochi on Thursday is likely to take a call on the candidate for the seat that had fallen vacant following the death of Thomas Chandy, sources privy to the process […]

A Pari Maa in the rough and tumble of politics

Pramila Bisoi, a social worker from the nondescript Cheramaria village in Odisha, is fast spreading her wings as the Pari Maa (Fairy Mother) of the masses in the Aska parliamentary constituency, from where she is contesting as a Biju Janata Dal candidate. For the past five decades, this 68-year-old woman has been helping in safe […]