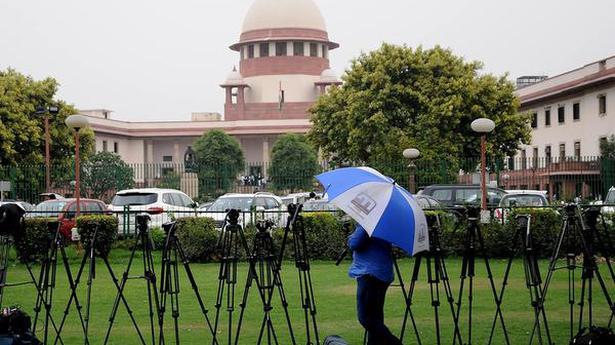 “I am aware that I hold no position or status and have only truth on my side,” wrote the former Supreme Court staffer, who has accused the Chief Justice of India Ranjan Gogoi of sexual harassment, to the panel of judges led by Justice S.A. Bobde.

In her April 24 response, she expressed hope for a fair, impartial and independent hearing, saying, “I have suffered a lot and I am hopeful that my suffering and torture of my family will come to an end soon.”

The complainant conveyed her fear and sense of helplessness after reading news reports about the remarks made by Supreme Court judges, including Chief Justice Gogoi, about her character.

“My character was damaged as without any reason and without hearing me, it was said that I have criminal cases against me,” she wrote to the Justice Bobde committee set up to examine her allegations against the CJI.

She recounted her helplessness after reading media report about Chief Justice Gogoi’s remarks in court on April 20 of a “bigger plot” to “deactivate the office of the CJI”.

She wrote on how Justice Arun Mishra, who was on the Bench, called the allegations “wild and baseless”. Justice Sanjiv Khanna felt the judiciary was feeling “restrained, constrained” by the allegations.

She referred to news reports of Attorney-General K.K. Venugopal comparing the situation with attacks made on him for defending the government and Solicitor-General Tushar Mehta’s description of the allegations as “rubbish” in court.

“After reading those news reports, I was frightened and felt helpless that without anyone hearing me, my complaint had been declared to be false by the Honourable judges and senior law officers,” she wrote.

“Next day, the blog by a senior cabinet minister also condemned me… I am very scared and feeling isolated and depressed… I will only be ensured justice if I am provided a fair, independent, impartial and just hearing,” she told the panel.

She is scheduled to appear before the committee for its first hearing on April 26.

No poll promises for sharecroppers in Odisha

As most rural political leaders are landowners, no mainstream party in Odisha is serious about issues related to sharecroppers during elections, alleged farmers’ organisation All India Kisan Mazdoor Sabha. The organisation lamented that till now there is no official data on the number of sharecroppers in the State. Unofficial assessments claim around 60% farmers in […]