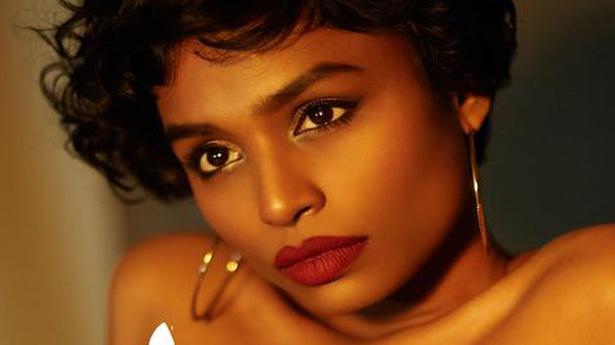 Give Broken, Arunaja’s debut track, a listen and you’ll be transported to a time when you were urging yourself to overcome the likes of a loss or a heartbreak. Perhaps that’s why in just a week, the video already has over 1.5 million views on YouTube alone.

With her ear-pleasing husky tones and impressive range, Arunaja is only getting started despite being in the music business for a few years now. The Kochi-born is grateful to listeners but also to Sterling Reserve Music Project, a joint venture by Universal Music Group and Allied Blenders and Distillers, who gave her creative and technical sovereignty during the recording process, which isn’t exactly common. “This is the first song I have written and composed. I shared it with the band who helped rearrange it and then I shared it with the producers. I wanted to be sure it sounded different from anything people have heard or even performed,” she says. “I was so conscious and protective about that! That’s why I held onto Broken for one year.”

When it was finally released, Arunaja says, “Having lived in Mumbai, I learned not to let the success go to my head. For me, the numbers are great but I try to be neutral and grounded. In fact, a couple of people, including Benny Dayal, got in touch with me and said they loved the track… I would honestly love to work with him!”

From the age of five, Arunaja was trained in Carnatic music. The later switch to western music was an organic one for her; it’s no wonder she looks and feels at home singing. It started with an interest in choir and then progressed to her now much-loved RnB approach.

Looking to Broken, Arunaja shares the song comes from a deeply personal space; her father battled addiction for a long time until he passed away. Arunaja’s confident the raw honesty translates through the melody and lyrics. “Everyone can relate to this song, though. I don’t need to make forceful connections with audiences,” she insists, explaining all she’s truly bothered with is being open and transparent with her art – be it on stage or otherwise. She recently did a live set at Dabaki Rising in Hyderabad which won her a lot of fans, even those who hadn’t known of her before.

In a Facebook post, she shares thanks with Sameer Rahat, CEO of Universal Music Group, Devraj Sanyal and other members of the in-studio team. But most importantly she looks to her mother who she helms as a woman of substance and strength. “She doesn’t tell people what to do, she just lives out as an example. You just need to watch her to see what she’s made of, and that’s who I aspire to be someday.”

Speaking of women of substance in music, Arunaja idolises the uncensored Jessie J who’s known for Do It Like A Dude, Price Tag and more earworm-worthy tracks.

If you’re wondering why Arunaja seems familiar, think of the second season of The Stage, a talent show on Colours Infinity. Soon she made it to the top 50 and was the only Malayali on the show. Her strong music training and natural vocal talents had won her several awards in college and this saw her end up in the top 3 of the show. “That journey is how I got to know the music scene and the way it works for indie artistes. This was all in Mumbai so the scene thrives much more there.”

Unorganised Sector | Half-Measures For The Needy

Bihari Yadav, 30, an untrained guard working with a security agency in Patna, is not particularly enthused by the new contributory pension scheme announced in the budget for the unorganised sector. ForgetRs 100, why would I pay a single penny as contribution? If the government wants to give me a pension of Rs 3,000 per […]

The 17th edition of Varuna, an Indo-French naval exercise, currently on off Goa coast, is the largest joint exercise undertaken by the two Navies and represents the strengthened maritime co-operation between India and France, said statements released by both Navies in Goa on Monday. The statements, released at a press conference on board INS Mumbai, […]