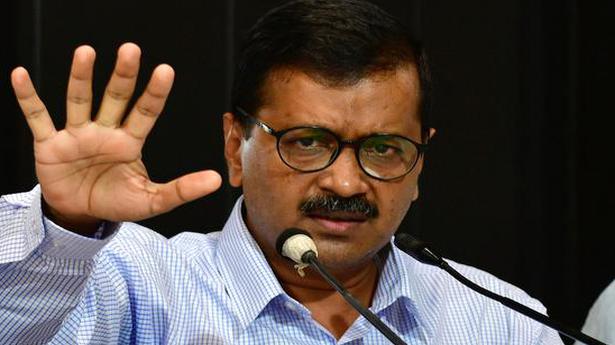 And if they want good education, they should vote for Aam Aadmi Party, he said.

On Saturday, Mr. Modi had urged his supporters to take the Main Bhi Chowkidar (I too am watchman) pledge, saying he is not alone in the fight against graft and social evils.

Since then, the BJP has stepped up its Main Bhi Chowkidar campaign with the Prime Minister and other party leaders, including its president Amit Shah, prefixing the word chowkidar to their names in their Twitter profiles as they sought people’s support in the Lok Sabha elections.

A two-seater training aircraft of the National Cadet Corps (NCC) made an emergency landing near Sadarpur village in Ghaziabad on the Eastern Peripheral Express Highway on Thursday after it developed a technical fault. The pilots escaped unhurt but a wing of the plane was damaged as it got stuck in the side railing of the […]

With the Election Commission announcing the enforcement of the model code of conduct from November 11 (Monday), in 15 Karnataka Legislative Assembly constituencies where by-elections are scheduled for December 5, all eyes are now on the Supreme Court which is expected to pronounce its verdict on petitions of 17 disqualified MLAs of the Congress and […]

Now, no competitive exam fee for women in Himachal Pradesh

Himachal Pradesh on Saturday decided to exempt the women candidates appearing in competitive examinations being held by the State Public Service Commission and the State Staff Selection Commission from paying entry examination fee. A decision in this regard was taken at a Cabinet meeting here chaired by Chief Minister Jai Ram Thakur. Keeping in view […]