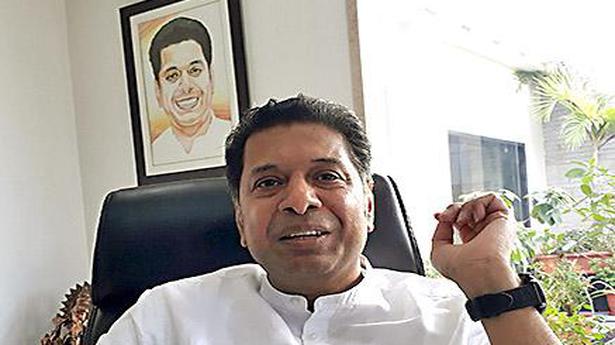 Senior doctor of Karimnagar district, Dr Reddy has been unanimously elected the president of IMA Telangana for 2019-20. He will take charge as the new president of IMA on Sunday after the installation ceremony in Karimnagar town. Talking to The Hindu , he said he would try to put an end to the unholy nexus between doctors and RMPs. He also promised to fight against the National Medical Commission Bill (NMC) by exerting pressure on the government with the support of political parties.

Excerpts from the interview:

What will be your priorities as new IMA president of Telangana?

First of all, I would like to thank all the doctors for electing me as IMA State president unanimously. The IMA has been fighting for doctors’ rights and for improving membership and financial status of IMA. I would like to intensify the fight against the NMC and protect the medical profession from unqualified RMPs. We will seek the support of IMAs of other states and also political parties and exert pressure on the government to make amendments to the NMC Bill.

How will you cope with Aarogyasri dues running into crores?

How will you implement moral and ethical values among the medical fraternity?

We will stress on ethical values and upholding the image of the noble profession and also urge the Medical Council of India to take stern action against erring doctors.

How will you check the unholy nexus between doctors and RMPs?

There are reports of fleecing of patients by some doctors and RMPs. It should be discouraged and we will strive our best to put an end to such illegal activities.

Is the existing AP Ordinance on violence against doctors and medical establishments implemented effectively in the State?

Then Chief Minister Y S Rajashekhar Reddy had bought this ordinance following representations by the IMA. All doctors know very well the law, but the medical fraternity had failed to explain and educate the people about the law. We will launch a special campaign to educate people about the law warning people of severe punishment if they resort to violence against doctors and hospitals.

What are your plans to stop the practice of pharmaceutical companies luring doctors with foreign jaunts and other freebies to promote their products?

A: It is unethical and not all doctors are involved. Whenever such incidents come to our notice, we will deal with them effectively.

Q: It is alleged that government doctors were giving priority to private practice to make quick money.

Q: Is there any special cell in IMA state office to lodge complaint against errant doctors?

A: If there are any problems, patients suffering from doctors and doctors suffering from patients can approach the IMA and lodge complaint so that it would be referred to the State Medical Council for redressal.

The number of seized counterfeit currency notes and the cumulative face value of these notes declined from 2015 to 2019 (Up to 18/6/2019. Data given for January to December of each year), according to an answer given during the Lok Sabha Question Hour. Delhi accounted for the highest quantum of fake currency notes seized between […]