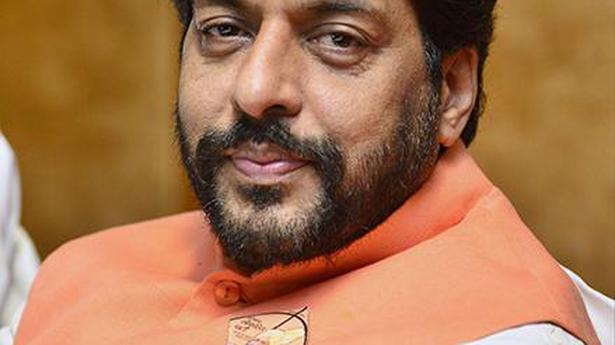 The cases against all four Congress MLAs and HLP MLA Gopal Kanda are of a serious nature, the report said.

Three of the seven Independents who are set to play a pivotal role in government formation also have criminal cases registered against them, serious one in the case of two.

Analysis of educational qualifications has revealed that 62 MLAs – 69% of the total strength – are graduate or above, and 27 have declared their qualification as between primary and senior secondary level. As many as 57 MLAs are aged between 51 and 70 and only 10 are below 40 years of age. Seventeen MLAs are between 41 and 50 years of age; the remaining six are in the 71-80 age group.

The number of crorepati MLAs has increased from 75 to 84 since the previous Assembly – an increase of 10%.

While the 31 Congress MLAs have average assets of ₹16.32 crore, the corresponding figure for the 40 BJP MLAs is ₹12.04 crore. However, the Jannayak Janta Party’s MLAs are the richest with average assets of ₹25.26 crore. Formed after a split in the INLD, the JJP has 10 MLAs in the Assembly.

Each legislator in the present Assembly has average assets of ₹18.29 crore compared to ₹12.97 crore in 2014.

Independent MLA Balraj Kundu from Meham is the richest in the new House with declared assets of ₹141 crore, while Congress’ Balbir Singh from Israna has the lowest at ₹40 lakh. Mr. Kanda has declared the highest liabilities at ₹78 crore, followed by Badshahpur Independent MLA Rakesh Daultabad at ₹19 crore.

As many as 29 MLAs have been re-elected. The average assets of the re-elected MLAs has increased 24% from ₹13.73 crore to ₹16.98 crore over the past five years.

A Delhi court on Friday summoned DCP, Special Cell of the Delhi Police to explain why former JNU president Kanhaiya Kumar and others were chargesheeted for sedition offence without prosecution sanction. Chief Metropolitan Magistrate Deepak Sherawat summoned the police officer on Saturday. The court has been deferring taking cognisance of the chargesheet against the accused […]

The Central Crime Station (CCS) police arrested two persons — Srirangam Kavya Rani alias Adi Lakshmi and Achyutuni Shankar Mahendra Srinivas alias Shankar — who allegedly sedated a woman and robbed her. The accused met the victim at Shivalayam in Satyanarayanapuram a few days ago as devotees. Later, they invited the woman to their rented […]