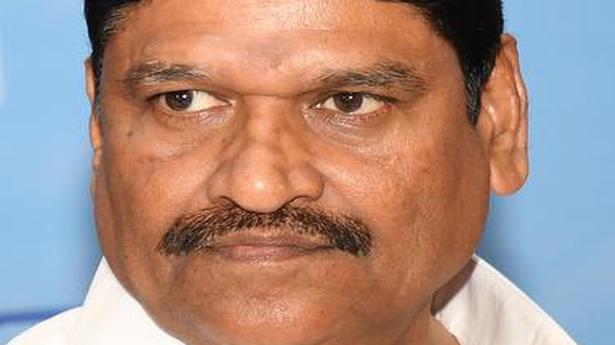 Of the 304 MoUs signed during the Global Investors’ Meet 2019, as many as 59 projects have already begun production and 209 MoUs are in various stages of implementation, the Minister said while speaking at the Confederation of Indian Industry (CII) Tamil Nadu State Annual Meeting 2019-20 and the Conference on Building Endurance in a Challenging Business Environment.

In his keynote address, Chief Secretary K. Shanmugam said new challenges such as digital technology, e-commerce, the need for upskilling the workforce and the issue of robots replacing humans had made everyone sit up and face them. He wanted the Indian industry to be globally competitive through the constant upgrading of skills, larger investment in research and development, implementation of a labour-oriented growth strategy and the promotion of cluster-based industrial development.

“Creating jobs is one of the key challenges, and the State government is trying to address the issue by focusing on emerging areas like fintech, data centres and electric vehicles, among others,” Industries Secretary N. Muruganandam said.

“We have the maximum number of engineering colleges and technical institutions [in the country], which churn out a large number of young graduates every year. The agriculture sector cannot absorb all of them. We need to bring in more industries which can employ youngsters. Otherwise, there will be a big problem of unemployment,,” he said. The government was focusing on initiatives like data centre parks, the Tamil Nadu Polymer Park, the e-vehicle park, the aerospace park and the medical park, among others, which can generate employment, he said.

He urged CII to conduct a study on the labour market in Tamil Nadu.

Another major challenge was ensuring water supply to industries, he said, and pointed to the State’s initiatives of setting up desalination and effluent treatment plants, besides restoring 250 waterbodies in industrial parks to address the issue.

Four Naxals gunned down in Chhattisgarh

The gun-battle took place in a forest under Jagargunda police station limits in the insurgency-hit Sukma district on Wednesday morning. Source: thehindu.com Related

The initial deadline for submission of interest was March 30, which has since been postponed to April 30, June 30, August 30 and now October 30. Source: thehindu.com Related

Prime Minister Narendra Modi is set to launch a nation-wide campaign to encourage people to inculcate physical activity and sports in their everyday lives, named ‘Fit India Movement’, on Thursday, August 29. 10.00 a.m. PM Narendra Modi arrives at the Indira Gandhi Indoor Stadium, New Delhi, where the event is being held. At the launch, […]