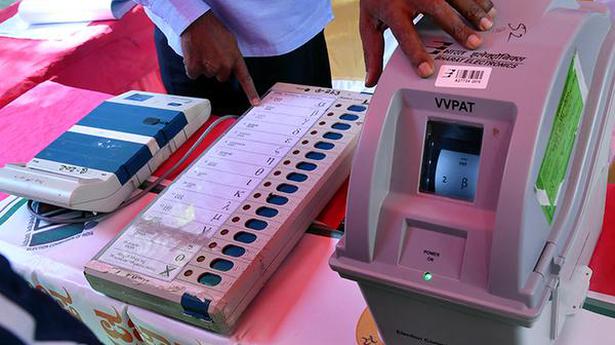 A Bench led by Chief Justice of India Ranjan Gogoi increased the number of EVM-VVPATs subjected to physical verification in order to “ensure the greatest degree of accuracy, satisfaction in election process.”

“Not only political parties but the poor and the illiterate should be satisfied,” the apex court observed.

Earlier, under the ECI guideline 16.6, only the VVPAT slips from one EVM in every Assembly segment/constituency was subjected to physical verification. Now, with five such EVMs under physical scrutiny, the apex court said the election would see “fool-proof.”

The Supreme Court’s decision is a far shot from what 21 Opposition parties wanted — VVPAT verification in 50% or 125 polling booths in each constituency. The increase to five EVMs from one would only increase the VVPAT verification percentage from 0.44% to less than two per cent.

The court said VVPAT verification of five EVMs, rather than in 125 polling booths, is more “viable at this point of time.” It would not be a drain on the ECI’s infrastructural resources and manpower as the Opposition’s idea would have been. Neither would counting VVPAT slips of five EVMs take any substantial amount of time.

The ECI had said that a 50% random physical verification of VVPATs would delay Lok Sabha poll results of 2019 by six whole days, quoting a March 22 report of the Indian Statistical Institute, which had said that a sample verification of 479 EVMs and VVPATs out of a total 10.35 lakh machine would lift public confidence to 99.9936%.

Reacting to this, Deputy Election Commissioner Sudeep Jain had said the ECI’s sample verification for the April-May Lok Sabha polls would cover 4,125 EVMs and VVPATs.

“This is 8.6 times the sample size recommended in the Indian Statistical Institute report,” ECI had said.

Appearing for ECI, senior advocate C.A. Sundaram pointed out that VVPAT counting is a manual job. The risk of error multiplies with an increase in human intervention.

Mr. Sundaram and Mr. Jain both said a 50% VVPAT verification would require a huge increase in extra personnel in each of the 4,125 polling stations. A verification team in a polling booth is composed of three counting officials, a returning officer and a general observer.

The Opposition had argued that “one more person and a table” in every polling booth would suffice to meet the rigour of 50% VVPAT verification.

“Where did you get the information that only one ‘person’ counts all the VVPAT slips? It must be one team,” Chief Justice Gogoi addressed senior advocate A.M. Singhvi, who appears for the 21 Opposition parties. Mr. Singhvi later acknowledged that was “technically wrong” in this regard.

Meanwhile, the Commission submitted that no mismatch has been detected in mock polls or in the verification of VVPAT slips carried out at 1,500 polling stations till date.

The ECI affidavit had said increased VVPAT slip counting would require extensive training and capacity building of election officials in the field. VVPAT slip counting takes place in specially erected VVPAT counting booths under the close monitoring of the returning officer and direct oversight of the observer.

The ECI said its confidence in EVM-VVPATs is sourced from their secure designs, elaborate procedural safeguards adopted for their usage, and finally the fact that there have been zero errors in sample verifications so far.

A new office building for staff and all MPs linked to Parliament via an underground pathway or a new structure on top of the existing building are among the options the Centre is open to, as it works on its redevelopment plan for the Central Vista, Union Housing and Urban Affairs Minister Hardeep Singh Puri […]

Teachers say they would like to spend a few days with their students to help them prepare and motivate them for the exams, scheduled to begin from June 15 Source: thehindu.com Related

Fourteen more people have tested positive for COVID-19 — eight in Kerala and three each in Karnataka and Maharashtra, State authorities said on March 10, as the total cases in the country went up to 61. Meanwhile, the Health Ministry has said that it has, for the first time, used a combination of two drugs […]