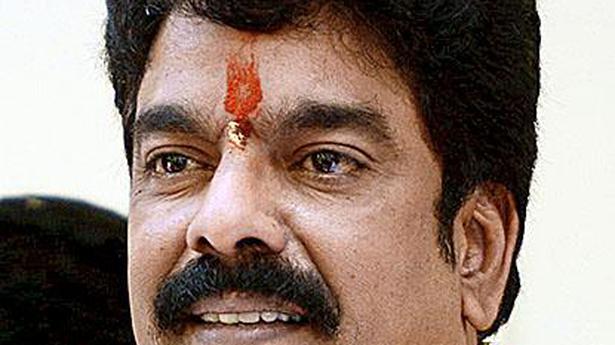 A majority of the incumbent elected representatives contesting the Assembly and Parliamentary elections in Krishna district have apparently become richer. The worth of their total family assets increased due to the addition of new movable or immovable properties and an increase in market value in the past five years.

As many as 16 candidates, who are in fray for the Assembly and two Lok Sabha constituencies in the district, are the incumbents who assumed office in 2014.

Out of them, the properties of at least six candidates, including three each from the TDP and the YSRCP, have increased twofold or more when compared to the total assets declared in 2014. A comparison of affidavits filed with the Election Commission in 2014 and 2019 reveals it.

Gadde Rama Mohan of Vijayawada East constituency too became richer with a total of ₹14. 86 crore worth family assets registering a 63% growth compared to the previous declaration of ₹5.45 crore assets. Also, former Minister Kollu Ravindra (Machilipatnam) and YSRCP candidate Kodali Venkateswara Rao (Gudivada) declared family assets worth about 60% more than the assets declared in 2014. Similarly, the value of family assets of YSRCP’s K. Rakshana Nidhi (Tiruvuru) went up from ₹2.06 crore to ₹5.97 crore and those of Meka Venkatapratap Apparao (Nuzvid) increased by 49% from ₹6.47 crore to ₹12.71 crore.

Assets of TDP candidates U. Kalpana (Pamarru), Devineni Umamaheswara Rao (Mylavaram) and K. Narayana (Machilipatnam LS) also grew by 38%, while that of former Minister K. S. Jawahar and Tangirala Soumya increased more than double. Avanigadda candidate (TDP) Mandali Buddha Prasad is among those whose assets worth less than ₹1.5 crore. However, the growth in value of assets of TDP’s Sreeram Rajagopal Tatayya (Jaggaiapet) and Vallabhaneni Vamsi Mohan (Gannavaram) is minimal.

Contrary to the above, TDP’s Kesineni Srinvias, known as Nani, (Vijayawada LS) declared family assets worth only ₹79 crore, while it was ₹127.19 crore in 2014. In 2014, Mr. Srinivas owned more than 161 buses but he claimed to have sold them all after he had an issue with the Transport Department. He quit the transport business in April 2017. The declarations of candidates show that not many have purchased gold in the last five years and many have liabilities worth crores.

With the Mysuru City Corporation turning a blind eye to footpath encroachments, a group of people turned the front portion of the MCC office on the busy Sayyaji Rao Road here into a mini-market, opening petty shops and bringing push-carts selling tea, vegetables and tender coconut as a novel way of drawing the attention of […]

Aishwarya Rai, wife of Tej Pratap Yadav, former Bihar Health Minister and elder son of Rashtriya Janata Dal chief Lalu Prasad, has alleged that her husband was a drug addict and often dressed up like Radha, Krishna and Shiva while claiming to be their avatar. Mr. Tej Pratap, an RJD MLA from Mahua in Vaishali […]