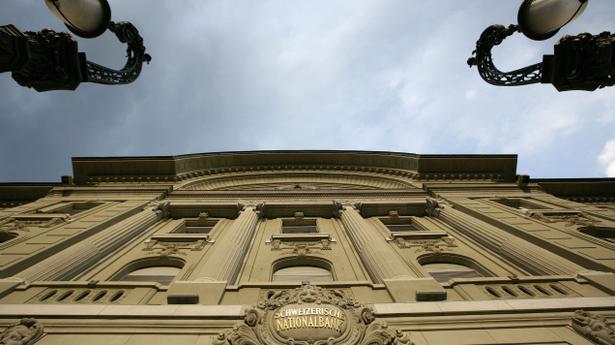 India has received first tranche of details about financial accounts of its residents in Swiss banks under a new automatic exchange of information framework between the two countries, marking a significant milestone in the fight against black money suspected to be stashed abroad.

India figures among 75 countries with which Switzerland’s Federal Tax Administration (FTA) has exchanged information on financial accounts within the framework of global standards on AEOI, an FTA spokesperson told PTI.

This is the first time that India has received details from Switzerland under the AEOI framework, which provides for exchange of information on financial accounts that currently active as well as those accounts that were closed during 2018.

The next exchange would take place in September 2020, the FTA spokesperson added.

Tripura to set up museum to showcase R.D. Burman’s work

The Tripura government has decided to set up a museum to showcase the memorable works of music maestro R.D. Burman. Chief Minister Biplab Kumar Deb had a telephonic talk with renowned singer Asha Bhosle on Friday and invited her to visit the State, the land of her husband and inaugurate the museum. “Asha Bhosle ji […]

Hitting back at Chief Minister B.S. Yediyurappa who had reportedly credited Prime Minister Narendra Modi for the Anna Bhagya scheme in the State, Leader of Opposition in the Assembly Siddaramaiah said that it was the United Progressive Alliance (UPA) government under the leadership of the then Prime Minister Manmohan Singh that had introduced the Food […]

SC to appoint ex-judge to probe into Hyderabad ‘encounter’

The Supreme Court on Wednesday said it intended to appoint a retired apex court judge to enquire into the extra-judicial killing of four men accused of the rape and murder of a veterinarian in Hyderabad. Chief Justice of India (CJI) Sharad A. Bobde informed the petitoners, advocates G.S. Mani and Mukesh Kumar Sharma, and the […]