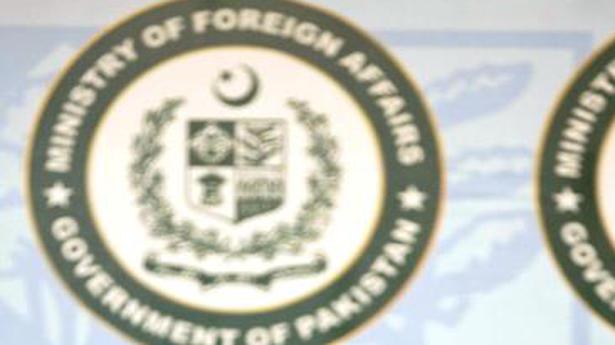 India confirmed on Saturday that it had lodged a strong protest with Pakistan after it was learnt that two of its diplomats were harassed during a trip to a gurdwara near Lahore on April 17.

“A strong protest was made to the Pakistan Foreign Office by our High Commission via Note Verbale on 25 April,” said a person about the Indian response to the reports of harassment.

It is learnt that intelligence officials of Pakistan misbehaved with the two Indian diplomats in Gurdwara Sacha Sauda Sahib in Farooqabad near Lahore on April 17. The intelligence operatives confined the two officers to a room when they were at the shrine to facilitate consular work for visiting Indian pilgrims.

A report carried by The Wire suggested that the two Indian officials were followed by Pakistani intelligence operatives.

Giving up a cushy life to serve society

He was a successful businessman with a passion for adventure sports. But a commitment towards serving society made him give up his cosy life in Hyderabad. Nookala Abhinay Reddy, 36, who is now sarpanch of Purushottamayagudem village in Maripeda mandal, keeps busy at his agriculture fields and mango orchard throughout the day. If not found […]

The Congress accused the Modi government on January 13 of failing to utilise a cess amount of over ₹3 lakh crore since fiscal year 2015, saying it was a “shocking case of financial anarchy”. Congress chief spokesperson Randeep Surjewala’s claim cited a media report saying that the unutilised balance from cesses collected between fiscal year […]

Watch | All about the 2019 Jharkhand elections

It is election time in Jharkhand, a State known for its political instability. Until 2014, the longest stint for any chief minister here was just 2 years and 4 months. The shortest? A mere 10 days. The incumbent chief minister Raghubar Das of the BJP is the only one to have completed a full term. […]