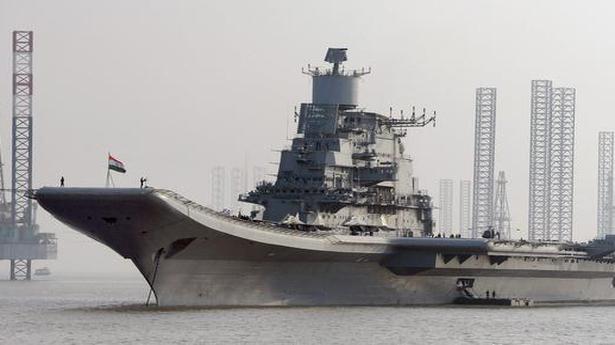 The United Kingdom is in talks with the Indian government on building a new state-of-the-art aircraft carrier along the lines of Britain’s HMS Queen Elizabeth as part of the ongoing ‘Make in India’ negotations, according to a media report.

The talks are under way for the Indian Navy to buy detailed plans for the 65,000-ton British warship to build a so-called “copycat supercarrier” to be named INS Vishal in 2022.

“An Indian delegation has already visited Rosyth dockyard in Scotland where HMS Queen Elizabeth was assembled and where a second supercarrier, HMS Prince of Wales, is now being built,” the Sunday Mirror reported.

“If a deal can be agreed, the new warship would be built in India but UK companies could supply many of the parts,” the media outlet claimed.

The report noted that such a new Naval carrier would serve alongside India’s 45,000-ton carrier INS Vikramaditya — bought from Russia in 2004 — and the currently under-construction 40,000-ton INS Vikrant, and could give India a larger carrier fleet than Britain.

“We have regular discussions with India on a range of equipment and capability issues. It would be inappropriate to comment further,” UK Defence Minister Stuart Andrew said, declining to comment on the reports.

The design for UK aircraft carriers is owned by the British and French aerospace giants BAE and Thales.

“Discussion have begun with India. The design can be modified to meet Indian Navy and local industry requirements,” a BAE spokesperson said.

The reported India-UK Naval deal would follow the sale of Britain’s Falklands War carrier HMS Hermes to India in 1987, which was renamed INS Viraat and decommissioned two years ago.

The 15th tsunami anniversary was observed by people living along the sea shore in Thoothukudi and Kanniyakumari districts on Thursday. Residents of fishing villages in Thoothukudi, showered flower petals into the sea and paid tributes to the victims. On December 26, 2004, a tsunami hit the Tamil Nadu coast and hundreds lost their lives in […]

The Vigilance and Anti-Corruption Bureau (VACB) has flagged what it described as the “shocking failure” of the Mining and Geology Department to check exploitative and irregular granite mining in the natural disaster-prone districts of Malappuram, Ernakulam and Palakkad. A random inspection of granite quarries by the VACB on Thursday spotlighted how inspectors had turned a […]