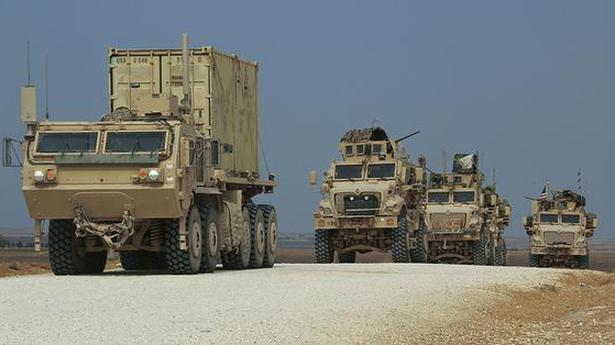 The Indian Embassy in Turkey on Tuesday issued a travel advisory for Indian citizens urging “utmost caution” while visiting the country because of Ankara’s ongoing military campaign in northeastern Syria. The public notice was issued even as the Indian envoy posted messages on social media in support of greater India-Turkey people-to-people contact.

“Although there have been no reports of any untoward incidents so far involving Indian nationals, travellers are requested to exercise utmost caution while travelling to Turkey,” the public notice issued by the Indian Embassy in Ankara stated, urging those requiring assistance to dial Indian helpline numbers in Ankara and Istanbul.

Official sources said there were a number of queries from Indian tourists in Turkey indicating that they were alarmed over the deteriorating security situation in the country after the Turkish government launched a cross-border military operation in Syrian territory. India has been urging Ankara to respect the “territorial integrity and sovereignty of Syria”.

The officials pointed out that other countries had also issued similar advisories regarding travelling to Turkey.

The announcement came in the backdrop of reports that Prime Minister Narendra Modi has postponed his visit to Ankara and Turkey is set to lose out on Indian military contracts because of comments on Kashmir by President Recep Tayyip Erdogan.

The Indian ambassador Sanjay Bhattacharyya, however, posted a social media message highlighting an ongoing Indian food festival at a prominent hotel in Ankara where chefs from the Indian Tourism Development Corporation participated. He also urged Turkish tourists to visit landmark Mughal-era monuments to “feel the tranquility” of the magnificent structures and gardens.

All you need to know about Chief of Defence Staff

Prime Minister Narendra Modi on Thursday announced the appointment of a Chief of Defence Staff (CDS) who will be above the three Service Chiefs. What does it mean for India and its armed forces. This is one the country’s biggest higher level military reform to bring in jointness and triservice integration. Who is a CDS? […]

KIIFB to go ahead with masala bond issue

Undeterred by the political controversy over the floating of masala bonds, the Kerala Infrastructure Investment Fund Board (KIIFB) has resolved to seriously pursue and leverage maximum gains garnered by its debut entry into the international debt market. Finance Department sources told The Hindu here that KIIFB could ill-afford to eschew the process that it had […]