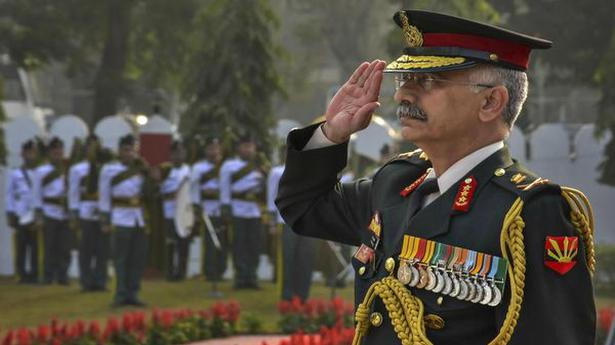 India was good in technology but “did not change with the times,” said Lt. Gen. M.M. Naravane, Vice Chief of Army Staff, while stressing on the need for indigenous research and development (R&D) to reduce defence imports.

“If we don’t invest in R&D, we will always depend on imports… In the ‘Make’ process, we will do all the hand holding. We will not ask you unreasonable demands,” he said, while addressing the industry on Friday on the Make-II procedure of Defence Procurement Procedure (DPP). He was speaking at a seminar on ‘Make’ projects jointly organised by the Army and industry body Federation of Indian Chambers of Commerce and Industry (FICCI).

Make-II allows private sector to take up product development on their own and pitch it to the services. In the last two years, the eligibility criteria for taking up projects has been simplified and the Service headquarters can accord clearances for projects.

Lt. Gen. Naravane added that there had to be some benefit in what was acquired and the product had to be “cheap and robust.“ “Because budgets are always under constraint,” he stated.

In the last two years, the Army has put out 32 projects under the Make-II category for the industry to take up. At the seminar, the Army unveiled 11 more projects to be taken up by the industry.

Addressing the gathering, Lt. Gen. Raj Shukla, Director General, Perspective Planning, said that the Army could start inducting some of the solutions by September 2020.

Giving an example on the use of drones for moving material, he said the Army spends ₹400 crore on mules, which are the means of transporting rations and materials in inhospitable terrain. Indigenous drones can help change this as well as in import substitution.

To hand-hold industry and start-ups under Make-II, Service headquarters have set up project facilitation teams to act as the primary interface between the service and industry during the design and development stage. “The facilitation teams would provide technical inputs, trial infrastructure and other facilities as required by the vendor,” the Defence Ministry had stated earlier.

P.K. Krishnadas, national committee member of the Bharatiya Janata Party, on Sunday asked the the United Democratic Front and the Left Democratic Front to shed the facade of fighting elections against each other in the State. At a press meet, he asked the fronts to field common candidates to fight the National Democratic Alliance in […]

After two major Malayalam news channels — Asianet and Media One disappeared from air at 7.30 p.m on Friday, following a 48-hour ban by the Union Information and Broadcasting Ministry, social media platforms erupted with condemnations against the ban. While the Asianet management has not yet reacted to the ban, C.L. Thomas, Editor-in-Chief of Media […]

Former Assam Chief Minister Tarun Gogoi on Monday told the Bharatiya Janata Party that it should think twice before using its “Pakistan politics” to abuse the Congress which had bifurcated the neighbouring country in 1971. Mr. Gogoi made these remarks in response to BJP general secretary Ram Madhav’s barb on Sunday that the Congress was […]