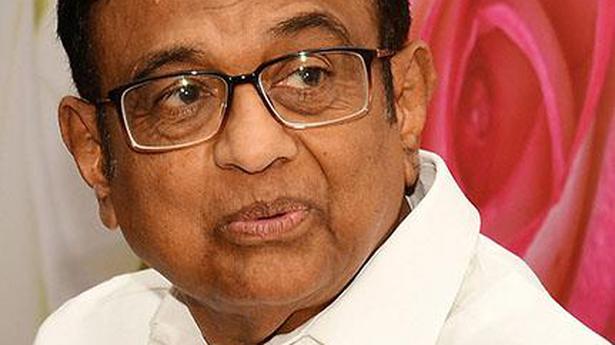 The hearing is underway before an apex court Bench of Justices R. Banumathi and A.S. Bopanna.

Appearing for Mr. Chidambaram, senior advocate Kapil Sibal said the agency cannot place documents in the court randomly and “behind the back” for seeking custody of the accused.

On Monday, the court extended till Tuesday the protection from arrest given to Mr. Chidambaram in the INX Media money laundering case lodged by the ED.

The Comptroller and Auditor General of India (CAG) has detected several irregularities and lacunae in the processes followed by the Gujarat government in the assessment and collection of Goods and Services Tax (GST) in the state. CAG’s audit report on Revenue Sector for the year ended on March 31, 2018 was tabled in the Gujarat […]

Over half a century ago, a 25-year-old youth armed with a Diploma in Medical Practice and a dream in his eyes came to Adilabad town from Patan Bori, 25 kms from the neighbouring Yavatmal district of Maharashtra. He was determined to earn enough money through practice to be able to pursue MBBS studies. Despite his […]

The Mysuru City Corporation (MCC) is favouring an early setting up of the waste treatment plant proposed at Kesare on the outskirts of the city to expand its garbage treatment capacity. The compost plant at Kesare with a capacity to treat 200 tonnes per day is expected to not only complement the existing waste treatment […]