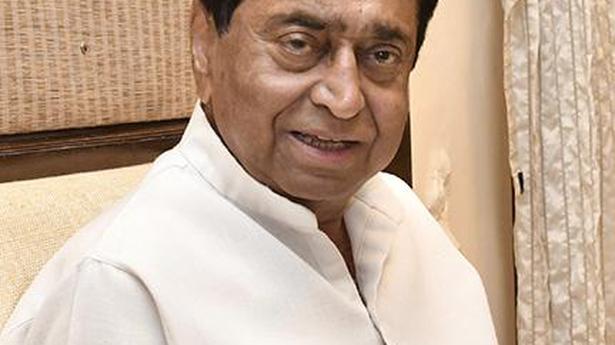 Madhya Pradesh Chief Minister Kamal Nath on Saturday taunted the BJP for the delay in announcing candidates for the Indore and Bhopal Lok Sabha seats, both considered its strongholds.

He said that the BJP should issue advertisements inviting suitable candidates for the two seats.

Senior leader and former CM Digvijaya Singh is the Congress’ nominee from Bhopal while the BJP is yet to announce its candidate.

The seat has been held by the BJP since 1989 and the 2014 polls was won by Alok Sanjar who defeated the Congress’ P.C. Sharma by a margin of over 3.70 lakh votes.

Indore is represented since 1989 by Lok Sabha Speaker Sumitra Mahajan.

“The BJP is breaking out into a sweat. It should issue an advertisement to find candidates,” Mr. Nath said.

On a demand that Guna MP Jyotiraditya Scindia be fielded from Indore, Mr. Nath said Mr. Scindia’s case was “different”.

“Mr. Scindia is a sitting MP. There is his own area which he has been representing. So his case is different. There is no such question unless he himself takes any decision,” he said.

He also predicted that the Congress would win 22 out of 29 LS seats in the State.

Amid strong opposition from green activists, Union Environment Minister Prakash Javadekar on Saturday cited a Bombay High Court order to defend the Mumbai Metro Corporation’s move to fell trees in Aarey Colony, saying it was “not a forest”. “Basically the High Court has decided and ruled yesterday that it is not a forest,” Mr. Javadekar […]

Srigiripally awaits its moment of glory

Srigiripally is a village located at Gajwel mandal in the district with a population of about 2,100. One can reach the village after a 10 minutes drive from Pragnapur, the entry point to Gajwel headquarters being represented by Chief Minister K. Chandrasekhar Rao. On the outskirts of the village, on a hilltop is located the […]