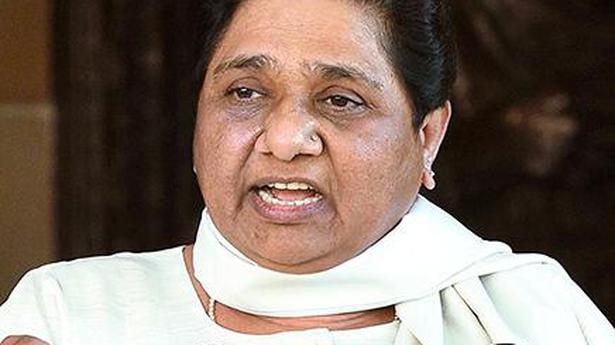 While I-T Department sources confirmed that the property belonging to Mr. Kumar and his wife had been attached, details are still awaited.

Ms. Mayawati had recently re-appointed her brother, a businessman, as her deputy in the party. Mr. Kumar’s son, Akash Anand, who is seen as Ms. Mayawati’s successor in the BSP, was also appointed national coordinator, with the party overlooking its traditional stand against dynasty politics.

This is not the first time Mr. Kumar’s financial dealings and businesses have come under the scanner of officials.

Ms. Mayawati had then accused the BJP-led government at the Centre of misusing official machinery to “target” and “malign” her party and its top leaders. Ms. Mayawati had said all deposits were made in banks in accordance with tax “norms” as part of the party’s “routine exercise.”

The US State department has taken note of uncertain future of four million individuals in Assam who were not included in the draft NRC. A 55-page report that includes reference to BJP leadership and government ministers, has detailed description of human rights abuses in India targeting minority communities and vulnerable sections of society. “On September […]

Finance Minister Nirmala Sitharaman on February 11 said the economy is not in trouble and green shoot are visible with the country moving towards a $5 trillion economy. Listing initiatives taken by the government, she said, increasing Foreign Direct Investment (FDI), rise in factory output and over ₹1 lakh crore GST collection in the past […]