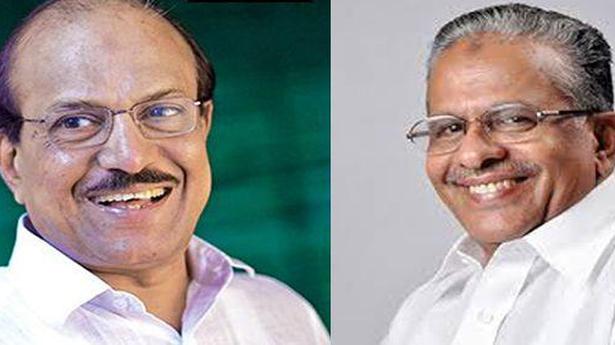 For the last several decades , the IUML Kerala unit has been contesting the Malappuram, which was Manjeri before delimitation, and Ponnani seats in Malappuram district. But this time the party demanded a third seat as several Muslim groups, especially the Samastha Kerala Jamiyyath ul-Ulama, a Sunni scholars’ forum backed by the IUML. However, the Congress- led United Democratic Front did not concede to the demand.

Mr. Kunhalikutty entered national politics after winning the bypoll from the Malappuram constituency in April 2017. He had defeated M.B. Faisal of the CPI(M) by a majority of over 1.7 lakh votes. The poll was necessitated following the demise of senior party leader E. Ahamed, a former Union Minister.

Uttar Pradesh Yogi Adityanath On the evening of March 27, when news of thou­sands of migrants congregating at the borders in Noida and Ghaziabad started pouring in, Uttar Pradesh chief minister Yogi Adityanath had just finished a review meeting. Soon, though, he was huddled again with top state officials till late in the night. Uttar […]

India will risk losing intelligence from by the U.S. if it goes ahead with allows Chinese telecom major Huawei to be part of its 5G infrastructure, a U.S. Republican Senator said during a visit to Delhi that coincided with Chinese President Xi Jinping’s arrival in Chennai.  Texas Senator Ted Cruz, who had welcomed Prime Minister Narendra […]