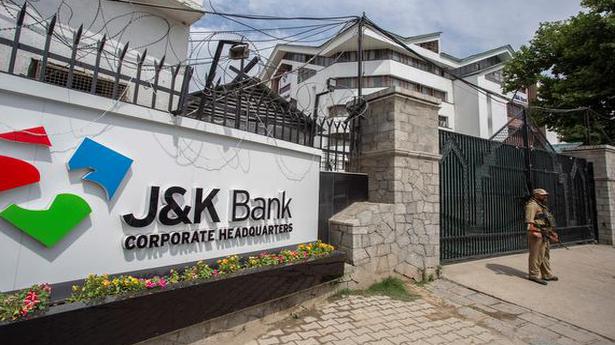 Within days of the Anti Corruption Bureau’s action against the Jammu and Kashmir Bank, the Income-Tax Department on Tuesday initiated probe into the alleged irregularities and conducted searches at 10 premises on a business firm of a senior Srinagar Municipal Corporation functionary, officials said.

Tax sleuths raided eight premises in Jammu and Kashmir’s capital Srinagar and one each in Delhi and Bengaluru of the Kehwah group, promoted by Sheikh Imran, the Deputy Mayor of the Corporation.

In the Kashmir Valley, the searches are being conducted in the Bohri Kadal area of downtown Srinagar and seven other nearby locations, they said, adding that action is linked to the recently unearthed alleged irregularities in the bank’s affairs and the raids conducted by the state anti-corruption bureau (ACB).

They alleged that the Kehwah group, with Imran as its chairman, is facing default proceedings after 23 of its accounts with the J&K Bank were declared non-performing assets with dues of over about ₹120 crore.

The I-T Department suspects wrongdoings and alleged financial irregularities and hence raids are being conducted to obtain further leads, evidence and documents, the officials said.

The action comes in the backdrop of Parvez Ahmed, the bank’s chairman, being removed after charges of alleged involvement in corruption, nepotism and favouritism were reported against him. After his removal, Mr. Ahmed in a Twitter post said he has absolutely no regret over his work and that he did his job “most diligently, honestly and in the best interest of the institution“.

Referring to the ACB proceedings against Mr. Ahmed, a government official said earlier this week on the condition of anonymity that the investigation into alleged backdoor appointments and irregularities is intended to cleanse the system at the bank. Loans worth hundreds of crores were allegedly allotted without formalities in violation of Standard Operating Procedures or guidelines to select recommendees of two politicians, the official had said.

The State Government holds 59 per cent stake in the J&K Bank.

The government’s decision to give itself discretionary powers to amend the Unlawful Activities (Prevention) Act and declare anyone a terrorist has been questioned in the Supreme Court. A petition, moved by Delhi resident Sajal Awasthi on Saturday, said the amended law allowed the state to encroach upon the fundamental rights of dignity, free speech, dissent […]

Over 5 lakh tuberculosis cases in India not reported in 2018

India registered 26.9 lakh incidents of tuberculosis (TB) in 2018, a decline of nearly 50,000 patients compared to 2017 according to a World Health Organisation report. On the other hand, while the Ministry of Health and Family Welfare estimated the number of TB incidents to be 27 lakh in the same year, only 21.5 lakh […]

Some restrictions will be eased: Uddhav Thackeray

‘Curbs in green and orange zones will be relaxed after May 3’ Source: thehindu.com Related