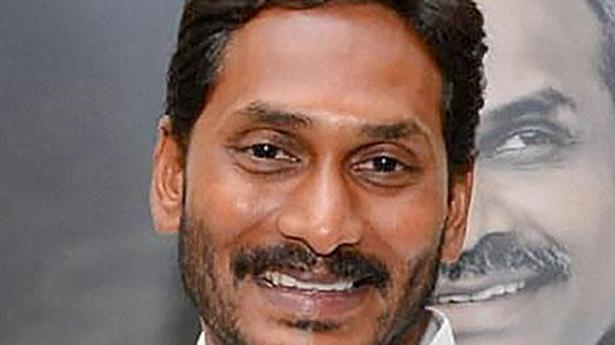 YSR Congress president Y.S. Jagan Mohan Reddy on Tuesday met Governor E. S. L. Narasimhan tobrief him about the ‘deteriorating’ law and order situation in Andhra Pradesh. He alleged that there was pressure on police officials from Chief Minister N. Chandrababu Naidu to target YSR Congress leaders and cadre. Mr. Jagan sought the Governor’s intervention to ensure better maintenance of law and order in the State.

Mr. Jagan, accompanied by senior party leaders, also briefed the Governor about attacks on party leaders at Narasaraopet and other constituencies on polling day.

He said the attacks were continuing unabated as the TDP was afraid of a “severe drubbing” in the polls once the results are announced on May 23.

Migrant workers board two special trains from Mangaluru to UP, Bihar

Kerala had never seen such a massive women’s turnout as in the recent past in the fight for their rights. The Left Democratic Front (LDF) government, which initiated the ‘women’s wall’ against gender discrimination, gave huge hopes for women. There were serious discussions on women’s empowerment. Irrespective of political affiliations, all parties vouched for women’s […]

Raking up the Ayodhya issue, BJP president and Home Minister Amit Shah on Thursday accused the Congress of stalling the case in the Supreme Court. He also alleged that the Congress Party kept the Kashmir problem hanging fire for 70 years in its “greed” to protect its vote bank. “For so many years this judgment […]