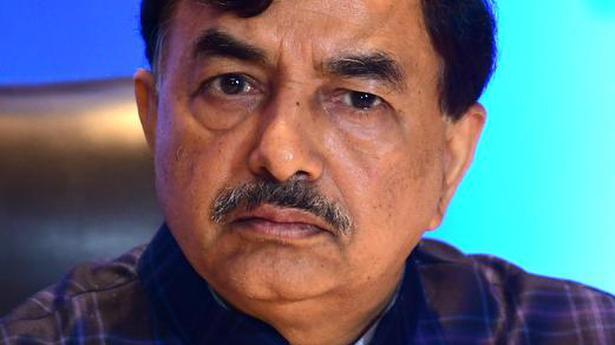 About six months after the State of Jammu and Kashmir was split into the Union Territories of J&K and Ladakh, the government moved on Monday to start the delimitation of Assembly constituencies in J&K.

As per the Jammu and Kashmir Reorganisation Act, 2019, which was passed by Parliament on August 5 last year and came into effect on October 31, the Union Territory of J&K will have an Assembly, while Ladakh will not. The Act further said the number of seats in the Assembly of J&K would be increased from 107 to 114 after delimitation, on the basis of the 2011 Census.

The EC had held a meeting in August 2019 to discuss the delimitation process and enrolled two officials who had worked on previous delimitation exercises, sources said. Mr. Arora had then said that the EC was ready when the government was.

An AIADMK functionary, believed to be in an inebriated state, was roughed up by BJP cadres for raising slogans against the Citizenship Amendment Act, at a pro-CAA rally organised by the national party in Hosur on Sunday night.​ ​BJP state general secretary K.S. Narendran had participated in the rally in Denkanikottai, when an AIADMK man […]

Union Minister and BJP candidate from Amethi Lok Sabha seat Smriti Irani on Thursday submitted to the Election Commission that she did not complete her graduation from Delhi University. In her affidavit filed during her nomination, Ms. Irani, who is contesting against Congress chief Rahul Gandhi, said she passed secondary school examination in 1991 and […]

The use of air force in the sub-conventional domain was considered a “taboo” in the past and the Balakot air strike was a “paradigm shift” in that, said Indian Air Force (IAF) chief Air Chief Marshal (ACM) R.K.S. Bhadauria on Friday. Stating that the use of terrorists was a low-cost option for Pakistan, Defence Minister […]