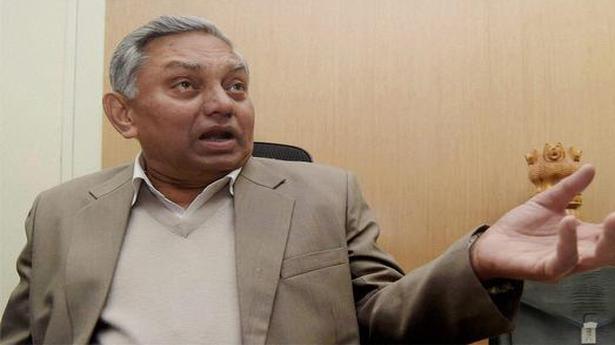 Former Congress general secretary Janardan Dwivedi on Tuesday questioned the process of selecting a successor to Rahul Gandhi, who has quit as party president, and suggested that the latter should set up a formal mechanism on the issue.

He said Mr. Gandhi’s decision to step down was ideal and that everyone should follow him.

“What kind of a Committee is this where A.K. Antony had not participated? If there was a formal composition, it would be more credible,” said Mr. Dwivedi, who has been a part of the All India Congress Committee (AICC) and handled organisational elections.

Mr. Dwivedi cited the example of former party chief Sonia Gandhi appointing a group of leaders to discharge her functions when she had gone to the United States for treatment in 2012.

Minister for Municipal Administration and Urban Development Botcha Satyanarayana has said the Y.S. Jagan Mohan Reddy government is fulfilling all its promises and will take up several other welfare measures in future. Employees of the APSRTC felicitated the Minister, Vizianagaram MP Bellana Chandrasekhar, Vizianagaram MLA Kolagatla Veerabhadra Swamy and officials here on Wednesday in the […]

South Central Railway (SCR) zone, which was inaugurated on October 2, 1966, has completed 53 years of glorious service. Celebrations will be organised to mark the occasion on Wednesday. The then Minister for Railways S.K. Patil inaugurated it in Secunderabad on the birth anniversary of the Father of the Nation. The zone has many achievements […]