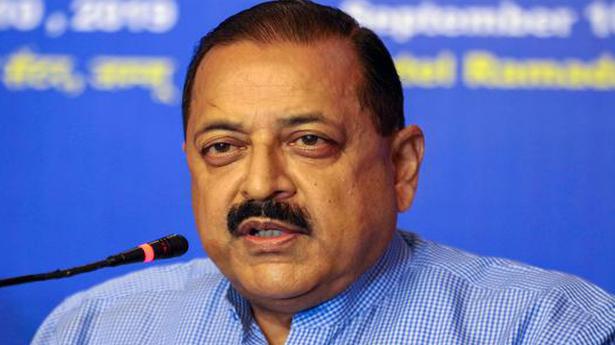 Japan may extend a special recruitment programme to the Northeast under which residents of the region will be offered nursing jobs in that country.

This was conveyed by outgoing Ambassador of Japan Kenji Hiramatsu to Union Minister for Development of North Eastern Region (DoNER) Jitendra Singh here on Monday, an official statement said.

During the meeting, the Minister discussed various projects being undertaken in Jammu and Kashmir, Ladakh and Northeastern region under Japanese assistance.

Mr. Singh mentioned the training of Nursing Care Workers (NCW) under the Technical Intern Training Programme (TITP), through which 12 candidates from Jammu have already been selected by Japanese companies for jobs in that country.

Mr. Hiramatsu assured to extend the TITP programme in the Northeastern region with participation of government of Japan, the statement said.

Mr. Singh proposed that, in future, 100 students can be taken under TITP programme from Ladakh as well, with 50 each from Leh and Kargil respectively.

Mr. Hiramatsu has spent about three years and 11 months in India and his tenure witnessed unprecedented transformation of India-Japan relationship under the leadership of Prime Minister Narendra Modi and Prime Minister Shinzo Abe, the statement added.

The Minister said a huge headway has been made in the level of collaboration in various fields such as bullet trains, nuclear, space technology and railways.

He said Japan has specialisation in food processing units and there is huge potential for opening specialised food parks for apples, cherry, strawberry in Jammu and Kashmir and berry in Ladakh, on the lines of citrus fruit parks in Northeast.

Mr. Singh said substantial engagement and investment has been done by Japan in the Northeast under the Modi government, specially in Manipur.

He congratulated Mr. Hiramatsu for his successful tenure in India and his contribution towards realisation of the vision of the two leaders.

Speaking about the Act East Forum, Mr. Singh said that the Forum has brought all the relevant stakeholders together, and synergised towards implementation of ongoing and new projects in the Northeastern region.

The minister wished that Mr. Hiramatsu’s successor would continue working with the same commitment and help in realising the true potential of India-Japan Special Strategic partnership.

“It was like a dream that I would rather forget. I did that for the sake of my family and I have decided to give up that trade for the sake of my children, who have grown up to school-final level,” says 43-year old G. Viswanathan of Paradharami, who wants to quit liquor brewing. He […]

In a major setback for Pakistan, the U.K. High Court on Wednesday ruled in favour of India in a decades-old legal dispute with Islamabad over the funds belonging to the Nizam of Hyderabad at the time of Partition in 1947 and deposited in a London bank account. The Nizam’s descendants, Prince Mukarram Jah — the […]

Crest gates lifted to let out 29,000 cusecs from Somasila