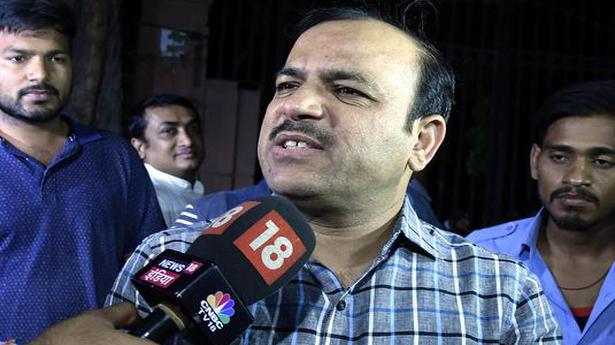 Mr. Ali joined the BSP in the presence of the party’s national general secretary Satish Mishra at the BSP office in Lucknow.

According to BSP sources, Mr. Ali, who was considered as a top leader in former Prime Minister H.D. Devegowda party, is likely to contest from Amroha in western Uttar Pradesh.

Danish Ali, the JDS General Secretary, has joined BSP in consent with me and our national president Sri HD Devegowda in a purely political arrangement between the two parties. It is a thoughtful political decision taken by #JDS and BSP to win more seats in the Loksabha elections.

The BSP which scored a nil in the 2014 Lok Sabha polls is contesting the general elections this time in the state in alliance with the Samajwadi Party and the Rashtriya Lok Dal.

The seven phased Lok Sabha elections is scheduled from April 11 to May 19. The counting of votes will take place on May 23.

114 dams on high alert in Gujarat

Masks, handwashing made compulsory for shoppers

Amethi Rahul’s nomination for Amethi LS seat found valid: Returning officer The returning officer (RO) of Amethi on Monday set aside objections on Congress president Rahul Gandhi’s nomination papers filed for the seat and held the document valid, after scrutinising allegations of discrepancies over citizenship and other issues. After hearing K C Kaushik, the Congress […]