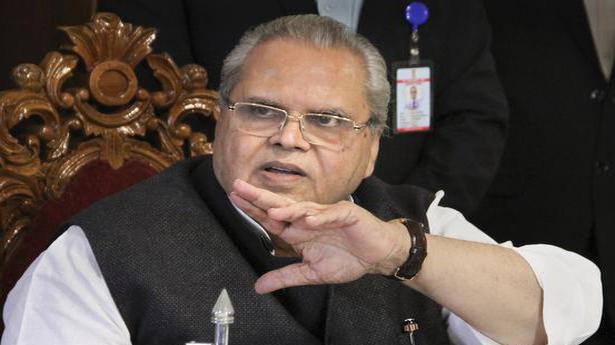 The J&K government on Monday, October 7, 2019, lifted the travel advisory issued for tourists visiting Kashmir, 68 days after all visitors were asked to leave the the Valley immediately.

A spokesman of the Raj Bhawan said Governor Satya Pal Malik directed that the Home department’s advisory asking tourists to leave the valley be lifted immediately. “This will be done from October 10,” said the spokesman.

Principal Secretary, Home Department, Shaleen Kabra on August 2 directed the tourists to curtail their stay in the Valley immediately, “keeping in view the latest intelligence inputs of terror threats with specific targeting of the Amarnath Yatra”.

On the upcoming Block Development Council (BDC) elections, Governor Malik, who chaired a security review meeting on Monday, was told that most of the seats of chairpersons of BDCs would be filled. The election monitoring officials have been provided with mobile phone facility to ensure smooth conduct of elections, said the spokesman.

He said the delegations of parties, whose leaders are in jail, were being allowed to meet party presidents so that they can take a decision on elections and authorise someone to approve candidates. This was in reference to the meeting of the NC delegation with party president Farooq Abdullah and vice president

Mr. Malik was also informed that all the security restrictions were removed in most parts of J&K. “The Governor has been focusing on bringing life back to normal.Some of the major decisions taken included reopening of higher secondary schools, colleges and universities, restarting public transport, opening additional travel counters in Srinagar, opening 25 internet kiosks in each district to facilitate the public and the government departments,” the spokesman said.

Hundreds of advocates under the banner of the District Advocates Association took to the streets demanding immediate suspension of Nagaraj Meka, Sub-Inspector of Police attached to the Raichur West Police Station, for allegedly assaulting advocate P.S. Veerayya, who is physically disabled, on April 22. The protesters took out a procession from the District Court premises […]

There is a sudden spurt in the demand for ₹-5-a-meal kiosks from municipalities across the State, apparently due to pressure from MLAs and Ministers concerned with an eye on the ensuing municipal elections. The demand is also from the newly created municipalities and the apparent reason is to attract the voters. The demand has come […]

The Shiv Sena and the BJP locked in a battle of nerves over sharing of power in the next government in Maharashtra on October 27 enlisted support of MLAs from small outfits and independents between them in a bid to boost their respective numerical strength. Independent MLAs Geeta Jain (Mira Bhayandar) and Rajendra Raut (Barshi) […]