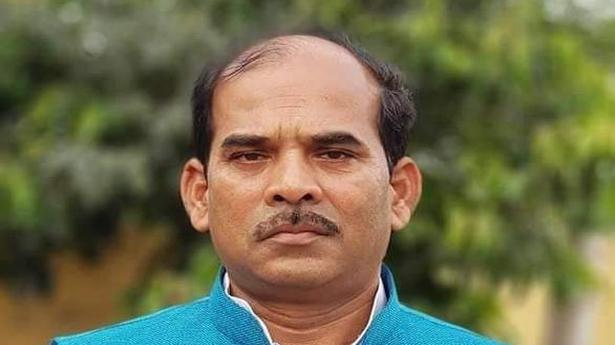 Karnataka Minister for Municipal Administration C.S. Shivalli suffered a massive heart attack and passed away on Friday. He was 58.

Mr. Shivalli was rushed to a private hospital in Hubballi after he collapsed while speaking to few people in Dharwad. He breathed his last in the hospital.

Mr. Shivalli had undergone a heart surgery earlier. For the past three days, he was at the building collapse site in Dharwad monitoring the rescue operation.

Channabasappa Satyappa Shivalli was a three-time MLA from Kundagol constituency in Dharwad district. He won his first election as an independent candidate in 1999.

Mr. Shivalli joined Congress and subsequently lost in the 2008 elections. He won again in 2013 and 2018 as a Congress candidate. He was given a cabinet berth during the latest reshuffle.

Over 56,000 offences have been registered and more than 11,000 people arrested in Maharashtra since March 22 for violation of lockdown norms in place for the coronavirus outbreak, a state home department official said on Sunday. While 55,393 cases have been lodged for disobedience under section 188 of the IPC, another 1,051 are for illegal […]

It’s been 13 days since 48-year-old Harpal Singh, the sarpanch (village head) of Pathlawa village in Punjab’s Shaheed Bhagat Singh Nagar (SBS) district was declared COVID-19 free. But he stayed on till Sunday in the quarantine ward of the district hospital in Nawanshahr because his 72-year-old mother had also tested positive and was admitted to […]

cVIGIL brings officials, citizens together in fight for fair polls

The Election Commission of India has taken the app route to track violations of the model code of conduct and election expenditure, encouraging citizens to lend a helping hand to poll officials in curbing electoral malpractices. The app, cVIGIL, launched by the EC for keeping tabs on those violating the poll code and expenditure limit. […]