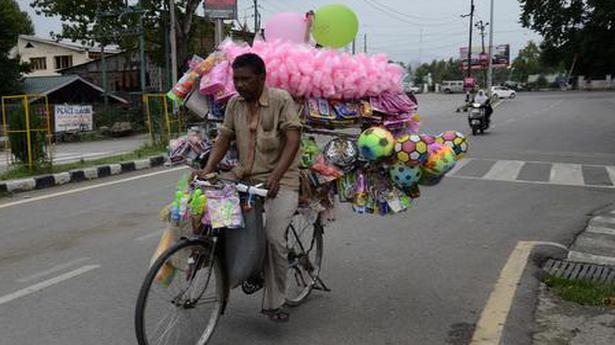 Kashmir remained shut for the 12th consecutive day on Friday, August 16, 2019, even as the authorities relaxed restrictions on the movement of people in Srinagar.

“Restrictions on the movement of people have been eased in most parts of the Valley. The situation so far has remained peaceful,” a senior official of the state administration said here.

He said while the deployment of security forces on the ground remains as earlier, people were allowed to move around the city and other towns.

Kashmir was placed a under a total clampdown on August 5, hours before Union Home Minister Amit Shah announced in the Rajya Sabha that the special status for the state had been revoked.

The State administration has directed government employees to report at work from Friday through a radio announcement.

However, the communication clampdown continues as all telephone and Internet services remained suspended.

While schools are closed for the past two weeks, shops and other business establishments too remained shut since August 5.

The official said the situation in the Valley was being monitored on a real-time basis and the decision to remove the forces would depend on the ground situation.

Day temperatures are likely to be above the normal by two to three degrees Celsius in Thiruvanathapuram, Alappuzha, Kottayam, Thrissur, Kozhikode and Kannur on Monday and Tuesday, the India Meteorological Department (IMD) has warned. On Sunday, the maximum temperature was higher than the normal by 3.4 degrees C in Kozhikode, 2.9 degrees in Alappuzha, 2.6 […]

Analysis: Highest ever national vote share for the BJP

Action Council, a collective of Anglo-Indian associations, staged a demonstration at Jantar Mantar here on Thursday in protest against the 126th Constitutional Amendment that ended reservation for Anglo-Indians in Parliament and State Assemblies. Speaking at the protest, Congress MP from Ernakulam Hibi Eden requested the government to reconsider its decision. He said the law was […]