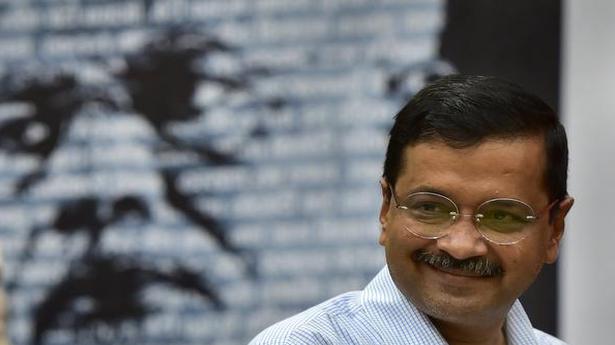 The West Bengal Urban Development Minister has received the required sanction from the Ministry of External Affairs (MEA) to attend the C40 Cities Climate Summit in Copenhagen, Denmark, even as Delhi Chief Minister Arvind Kejriwal was yet to receive clearance for the same, Delhi government sources claimed on Monday.

According to sources, Mr. Kejriwal is scheduled to depart from New Delhi on Tuesday, October 8 at 2 pm .But, given lack of required sanction from the MEA, his visit not only hangs in the balance but the MEA, allegedly, continues to remain non-responsive on the issue despite attempts by the Delhi government to reach out to it.

“Mr. Hakim, who is also the Mayor of Kolkata, received MEA clearance to travel to Denmark on September 30,” the Delhi government source claimed. The summit is scheduled between October 9 and 12.

According to the source, the Delhi Chief Minister is scheduled to address a joint press conference to launch the Clean Air Cities Declaration with the Mayor of Paris and leaders from Los Angeles, Copenhagen, Portland, Jakarta and Barcelona.

“He is also set to address the Asian Mayors and City Leaders Meeting on Low Carbon Inclusive Growth…apart from being scheduled to meet with the mayors of Sydney, Johannesburg and Rotterdam for bilateral engagements,” the source said.

Uttar Pradesh police chief O.P. Singh has asked all district units to run a campaign to identify illegal Bangladeshi migrants, in instructions issued amid the political row over the National Register of Citizens update in Assam. In a letter sent to District Police Chiefs, the Director General of Police said it has come to the […]

AFSPA scaled back in Arunachal

After 32 years, the controversial Armed Forces (Special Powers) Act, which gives sweeping powers to security forces, was partially removed from three of the nine districts of Arunachal Pradesh but would remain in force in the areas bordering Myanmar, officials said here. The Justice B.P. Jeevan Reddy committee had recommended scrapping of the Act from […]