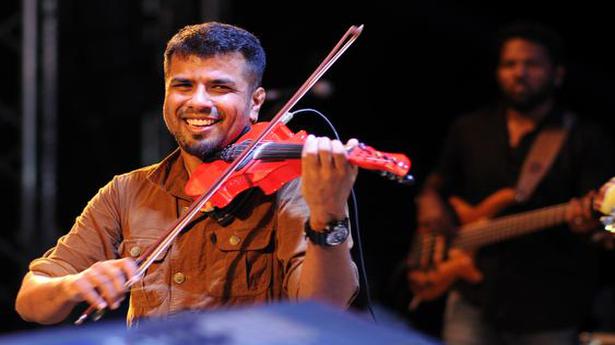 The Kerala Police Crime Branch has opened a new line of inquiry into the death of violinist Balabhaskar in a car accident in 2018.

The recent arrest of two of the musician’s associates by the Directorate of Revenue Intelligence (DRI) in connection with the smuggling of gold through the international airport here had impelled the agency to take a fresh look at the case, according to officials.

In a Facebook post, Lakshmi Balabhaskar said that the duo were not her late husband’s employees and he had no business dealings with them.

The DRI had arraigned the duo on the charges of smuggling in connection with the seizure of 25 kg of gold from a passenger who alighted at the airport here from Dubai on May 15.

It also linked them to a Dubai-based smuggling network that enlisted the help of a set of Customs officials to abet the illegal import of gold through Thiruvananthapuram airport.

The CB said it had sought third-party information about the smuggling racket from the DRI and the purported role of the men. The DRI had arrested the accused after other members of the fraud, including a Customs official, implicated them.

The violinist was mortally injured in a car accident at Pallipuram here early September 25, 2018.

He died at a private hospital on October 2. The accident had claimed the life of his two-year-old daughter and seriously injured his wife Lakshmi and driver Arjun.

The CB took over the investigation after Lakshmi and Arjun gave conflicting statements as to who was at the wheel when the accident occurred. The musician’s father stated that he suspected foul play and involvement of certain insiders in the death of his son.

The musician’s car had careened off the carriageway and rammed a hardwood avenue tree on the right side of the road. The collision mangled the vehicle, trapping the passengers inside.

In poll season, KBK’s poverty back in focus

The KBK (Kalahandi-Balangir-Koraput) region has become a major electoral battleground for the three mainstream parties — Biju Janata Dal, BJP and Congress — as each of them sees a fair chance of winning the four parliamentary constituencies here. All the four Lok Sabha seats — Koraput, Nabarangpur, Kalahandi and Balangir — are currently held by […]

Several Tibetan schools located in Karnataka are seeking exemption from teaching Kannada as the first or second language, which is mandatory for all schools in the State. As per the Kannada Language Learning Act, all schools have to teach Kannada in a phase-wise manner. This came into effect from the 2017-2018 academic year. Currently, there […]