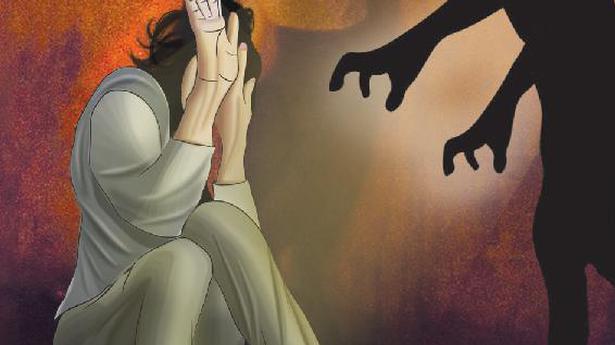 The Kerala Women’s Commission on Saturday began an inquiry into the suspected dowry killing of a 27-year-old mother of two, by enforced starvation, at her husband’s house at Oyur in Kollam district last week.

Commission chairperson M. C. Josephine told The Hindu that the crime, which caused a huge public outcry, highlighted the long-outlawed but still-prevalent practice of dowry.

Home appeared to be the most dangerous place for women in Kerala given the increasing number of domestic violence (DV) cases, Ms. Josephine said, adding that most of the accused were either spouses or close relatives of the victims.

Victim Thushara’s plight came to light when her husband, Chanthu Lal, brought her in a weakened state to the District Hospital, Kollam, at midnight on March 21.

Doctors later told the police that she appeared small and skeletal. They pronounced her dead and sent her body to the Government Medical College Hospital, Thiruvananthapuram, for post-mortem examination.

S. Sreekumar, Sub Inspector, Puyapally, said the autopsy revealed a cruel story. Thushara died of starvation and pneumonia. The doctors counted several blunt forced injuries on her body. There were also scars of healed cuts on her hands.

Thushara, a native of Karunagapally, married Lal in 2013. Her relatives told the police that Thushara’s in-laws repeatedly demanded an additional ₹2 lakh as a “post marriage gift.” Her family was hard-pressed financially and could not meet the demand.

Mr. Sreekumar said Thushara’s family had lost touch with her since 2016. Lal had erected large metal sheets around his 5-cent plot and the neighbours never knew what transpired inside.

DySP, Kottarakkara, Dinil Raj, who is the investigating officer, said Thushara weighed only 20 kg at the time of her death. Her tormenters seemed to have put her on a diet of sugar and soaked uncooked rice. He said the family suffered from crushing poverty and seemed to be hampered by a superstitious belief in witchcraft.

The police have arrested Lal and his mother on the charge of murder.

Ms. Josephine said cases of gender violence were on an upward spiral and dowry was the main reason. Victims invariably report violence against them belatedly out of familial concerns. The cases reported so far were just the tip of the iceberg. She said the Commission would soon initiate a legal strategy and social programme to detect and prosecute gender violence.

The ZPTC, MPTC and mandal-level posts in the girijan area should be allotted to local tribals, Girijana Sangham State Committee meeting held here on Friday with former MLA Sunnam Rajaiah presiding demanded. Poster of the State conference of the Girijana Sangham at Parvatipuram on January 10 and 11 was released at the meeting. General secretary […]

Coronavirus | 371 cases and 24 deaths in Gujarat

The Congress has challenged the Central government to order an investigation by the newly-appointed Lokpal into the ‘Yeddyurappa Diaries’ published by a news magazine. The Caravan on Friday published a report alleging that former Karnataka Chief Minister B.S Yeddyurappa paid as much as ₹1,800 crore to top BJP leaders, including L.K. Advani, Rajnath Singh and […]