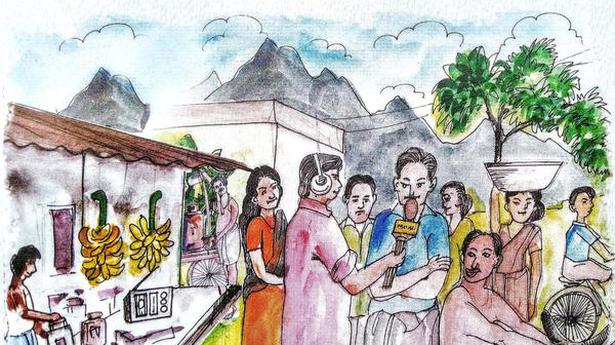 It was launched on Kerala Formation Day on November 1, 2009 by the Mar Athanasios College for Advanced Studies in Thiruvalla.

College Principal Fr. Cherian J. Kottayil and radio station manager Fr. Thomaskutty Pathinettil said the CRS pursued a low cost and low return pattern of operation, educating and entertaining the rural community in and around Thiruvalla, using their own idioms and language.

Station director Ramesh Mathew, highlighting the relevance of the CRS, said the mainstream media were unable to cater to the true information needs of the community as they were market-driven.

Radio Macfast, under its founder-station director V.George Mathew, has carved a niche for itself in terms of localisation of content, participation and involvement of the community, narrowing down the differences between the broadcaster and the audience.

True to its punchline ‘Naattukarku koottayi’, Radio Macfast has become a partner friend of the local populace in their endeavours over the past 10 years.

The Delhi High Court on Friday refused to entertain a plea seeking directions for removal of demonstrators protesting the CAA at Shaheen Bagh here in order to clear road blockages that are causing traffic congestions at the DND route. The application, in the form of a handwritten letter, was mentioned before a Bench of Chief […]

NITI Aayog member V.K. Saraswat said the suspension of Internet services in Jammu and Kashmir did not have any significant impact on the economy, as people there “did nothing other than watching dirty films online.” He also said that Internet services were suspended in Jammu and Kashmir to prevent certain elements from “misusing” information that […]

A 47-year-old official with a district cooperative bank in Sangli city in western Maharashtra has tested positive for COVID-19 and is said to be in a critical condition, said authorities on Sunday. With this, the number of positive cases in Sangli district, which has not seen a positive case in the past fortnight, has risen […]